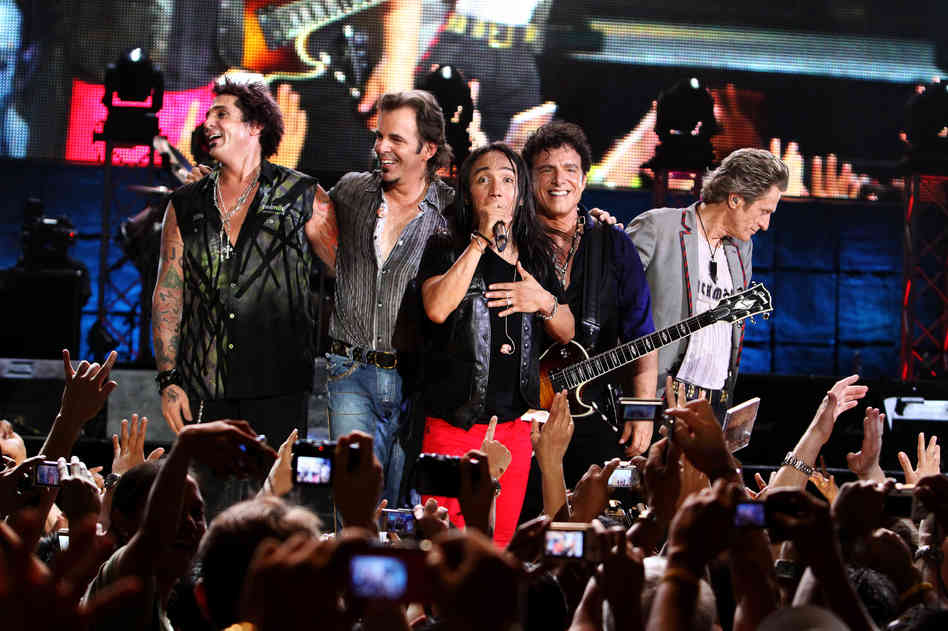 If you’re an inhabitant of planet Earth, you’ve heard Journey’s “Don’t Stop Believin’.” According to a new documentary on the band, it is the most downloaded song of the 20th century.

It was co-written and sung, of course, by Steve Perry, Journey’s most famous former lead singer. These days, it is sung in concert by a diminutive Filipino named Arnel Pineda, and his story is outlined in Don’t Stop Believin’:  Everyman’s Journey.

After the split with Perry in 1998, Perry sound-alike Steve Augeri handled vocal duties for almost ten years. Then, when the band once again found itself in need of a singer, Journey guitarist Neal Schon scoured youtube for Journey tribute bands.

He stopped when he heard Pineda’s powerful voice, and a trip from Manila to California was quickly arranged so Pineda could audition in person. He got the gig, and continues with the band today.

Director Ramona S. Diaz wraps the story in a feel-good gloss that is more fitting of a concert film than a true documentary. There is plenty of live show footage and backstage material, with each band member shown only in a positive light. Pineda’s rise from Third-World poverty to rock stardom may be the film’s hook, but many emotional details are skirted in a project that too often smacks of an overlong marketing ploy.

Still, Pineda comes off as a very likable guy, both grateful for and nervous about his good fortune. The band, in turn, seems sweetly protective of their new, young-enough-to-be-their-son frontman, and are energized by Pineda’s youthful exuberance.

Pineda’s backstory makes Journey’s case more unique, and though Don’t Stop Believin’:  Everyman’s Journey could use more of that story, the set list it settles on is entertaining enough to leave you singing a little something about “South Detroit.”