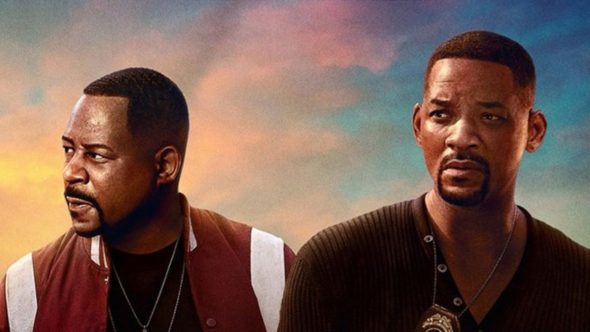 It’s been 17 years since we last checked in on Detective Mike Lowery (Will Smith) and his goofy partner Marcus (Martin Lawrence). One of them has intimacy issues. One of them always wants to retire. They drive recklessly around Miami and wreak general havoc.

In those 17 years, Generation X has gotten old.

Marcus has a grandbaby now and wants to retire again. Then Mike is almost killed, so now Marcus really wants to retire. That means frustrated Mike, desperate to reestablish his manhood by finding the guy who tried to kill him, must team up with Miami PD’s new superteam, AMMO.

That’s right, AMMO, which stands for literally the most attractive group of police officers in the history of crime. They’re tech-tactical. They have a drone and shit, and no one would ever notice a drone flying into the abandoned warehouse while they do an arms deal.

Is Bad Boys for Life ludicrous? Oh, hell yes. Luckily its casual sexism and jingoism are offset by its refreshing pro-violence stance.

Directors Adil El Arbi and Bilail Fallah—whose Shakespearean take on Brussels gang violence, Black, is well worth finding—offer no such lyrical balance of carnage and emotion here. It’s actually hard to imagine a film franchise so single-mindedly opposite of their insightful gangster drama.

It’s clear the marching orders were: get the bad boys back together, blow stuff up and trade quips! Fine, but who ordered all the forced ridiculousness and tonal whiplash?

Saddled with a breathtakingly by-the-numbers script by committee (Chris Bremner, Peter Craig and Joe Carnahan), the directing duo punctuates dramatic moments with comic relief while they distract from a weak story with nonsensical car chases and explosions, and when all else fails, fall back on daddy issues.

Don’t look at the credits and you’d swear Michael Bay directed this movie. (Bonus: Bay has a cameo.)

The film broaches interesting themes as one partner turns to God while another turns to bloodthirsty vengeance in the face of death. But Lawrence, ever the sloppy sidekick, makes clear that spirituality and peace are only fodder for jokes and neither partner will regain his manhood until there’s a massive weapon between his legs and he’s shooting Mexicans out of the sky.

Will Mike learn to love? Will he whip his tech-savvy and law abiding new team into shape (that is, help them to embrace lethal and mainly illegal justice)?

And finally, can we expect more of this?