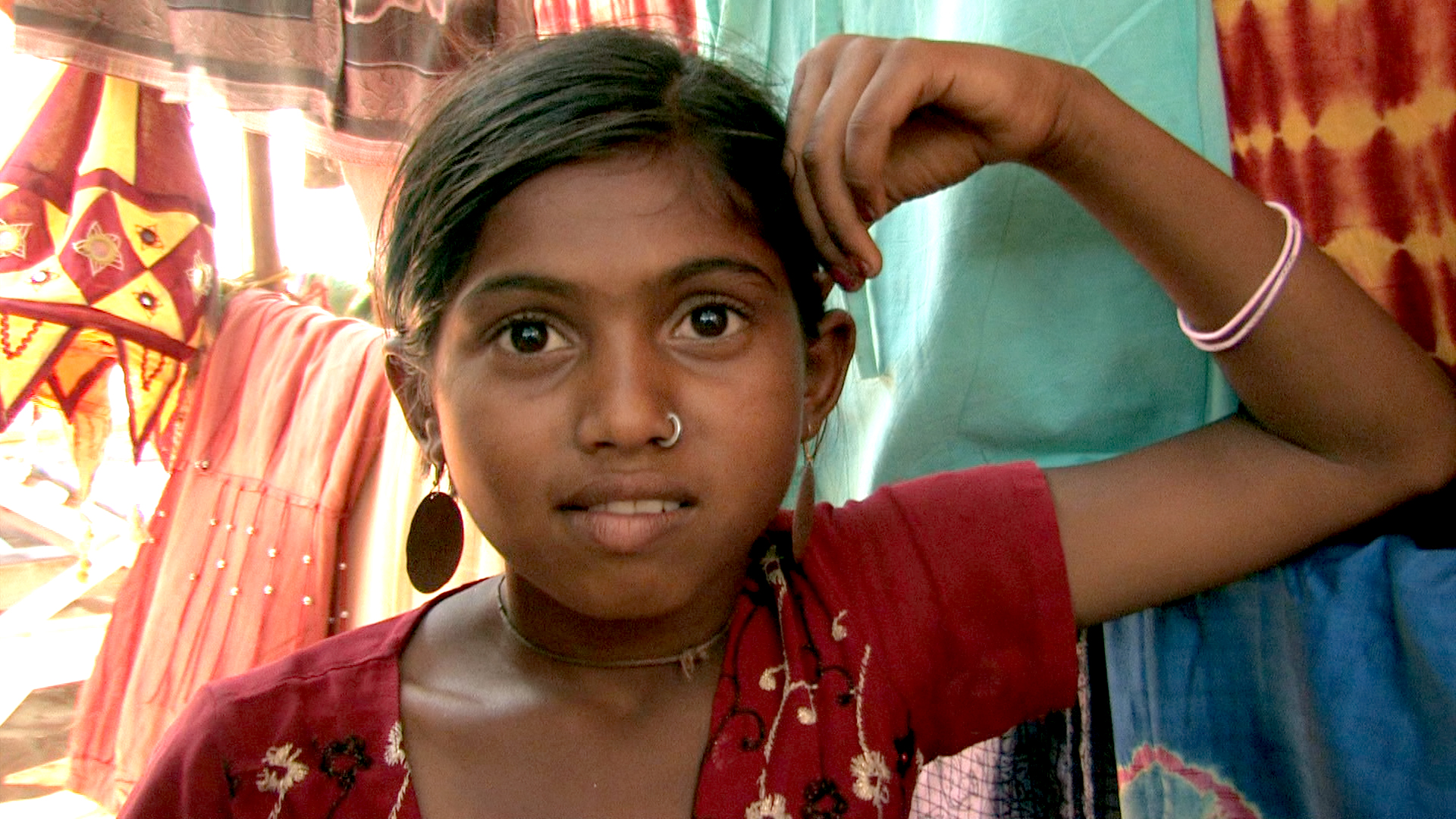 Queen of the Beach

While returning from his trip filming traveling preachers in India, Chris McDonell becomes enamored with some young girls hawking their wares on a beach in Goa. One precocious girl, in particular, catches his eye, and her name is Shilpa Poojar. At the time, Shilpa’s only nine years old, and she works full-time to help support her family.

Almost desperately McDonnell repeatedly asks her, “Do you have a dream? Are you happy?” Shilpa shrugs several times before finally admitting that she’d like to go to school, but she can’t afford it. Unable to shake the idea that this young girl is working instead of getting an education, McDonell sets out to change her fate.

McDonell has many paths he could follow in his telling of Shilpa’s story, but he largely avoids any avenue except trying to convince her to go to school. As he returns to India year after year, Shilpa’s interest in school fluctuates. She’s the breadwinner for her family, and if she stops earning an income her family won’t eat. It’s rare that you see a documentary so heavily dependent on the director inserting themselves into the narrative, but McDonell is determined to “save” Shilpa in the way he deems best.

As he is entangled with Shilpa’s family, McDonell grows disheartened that there isn’t an easy win ahead of him. The girls he’s desperate to help are businesswomen who easily out-barter him. He’s constantly promising them gifts in exchange for their participation in the documentary, and his proximity to the young girls sometimes feels uncomfortable. He never acknowledges the obvious power imbalance between himself, a white adult man with the promise of money, and the young Indian girls who are desperate to earn their daily keep or otherwise be beaten. Once or twice, McDonell recognizes that India is often a location for sex tourism, but he doesn’t delve.

McDonell never delves, in fact. He is desperate to make a documentary about sending Shilpa to school, and that’s the documentary he makes despite all odds. He never ends his mission, even when Shilpa is run out of her shop on the beach because she is accused of having an inappropriate relationship with McDonell.

“I come here to help, and instead I cause all of these problems.” He worries out loud to her.

“This is called life, Chris.” She consoles him. “This is India life.”

The documentary is worth watching just to meet the whip-smart, incredibly charismatic Shilpa, who carries on despite horrible circumstances. But her journey seems halted and messy through McDonell’s insistence that she receive his help the way he wants to give it. Cultural context is sidestepped and ignored. Her story ends with no update on her adult life. Does she still have dreams? Is she happy?

We are left with a multitude of unturned stones and unanswered questions. The only thing that is clear is that McDonell is proud of what he thinks he’s accomplished.