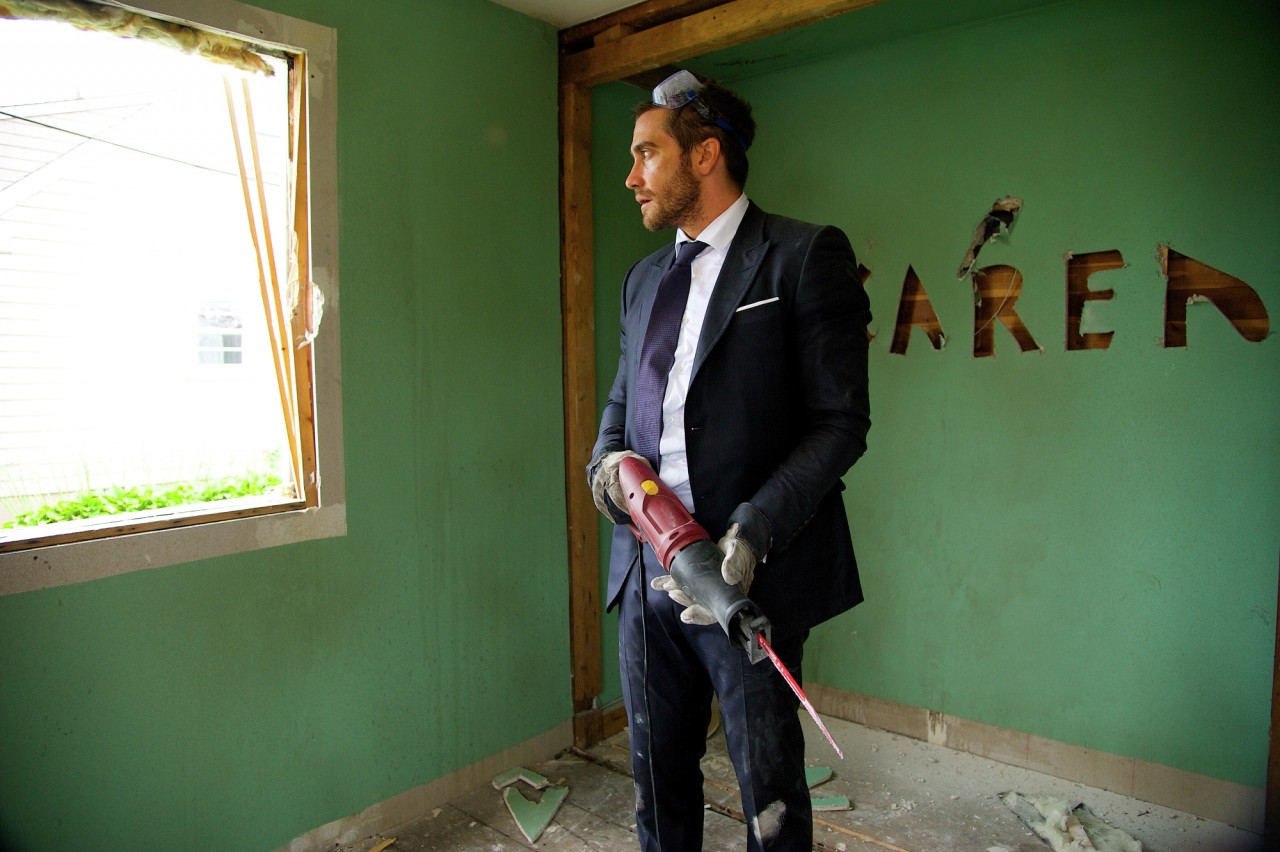 No way this film should work.

Jean-Marc Vallee’s symbolism quirkfest Demolition is as burdened by identity crises and analogy as perhaps any film ever made. Populated by the confused but authentic in one corner, one-dimensional frauds in another, and one guy trying to go from one extreme to the other, it offers nary a single believable character as it tries to deconstruct its hero and build a better man. And yet, somehow, Vallee and his savvy cast make it damn near fly.

Jake Gyllenhaal is Davis, a recently widowed Wall Street protégé going through a bit of life transition. He doesn’t feel anything concerning his wife’s death, which makes him realize that he isn’t sure he has felt anything at all in some years.

This realization corresponds with a frustrating experience with an ER vending machine, and so he begins a series of missives to the sole customer service rep for the vending company, Karen Moreno (Naomi Watts). These are not angry letters, but in an attempt to be thorough, Davis gives the as-of-yet anonymous vending recipient a very, very full picture of his life.

A weird but sweetly platonic relationship blossoms between the directionless Davis and the stagnant Karen, but it’s Davis’s relationship with her on-edge teen son Chris (Judah Lewis, in an impressive turn) that leads to the film’s most unpredictable and interesting moments.

Self-discovery, that seems to be the name of the game here as Davis begins dismantling everything: a leaky fridge, a squeaky bathroom stall door, appliances, lighting figures, his house. He says in one letter that everything has become a metaphor, but he isn’t honestly sure what each metaphor might be. Is he the uprooted tree by the highway? The storm that felled the tree? The cold front that collided with another front to create the storm? Hell if he knows.

It’s an interesting line in a film that throws symbols at the screen with wild abandon, and yet can’t seem to decide what kind of film it is. More to the point, writer Brian Sype (The Choice) doesn’t seem to know what motivates Davis or what he may be underneath it all. And while Gyllenhaal offers another solid performance surrounded by oddly interesting work from a highly talented cast, it’s hard to see a point to all this.

Third act revelations and resolutions only make things worse, ringing as nothing if not false and needless. And yet, Vallee’s sleight of hand, Sype’s surprises, and the cast’s cagey performances make this one an off kilter experience that somehow works.