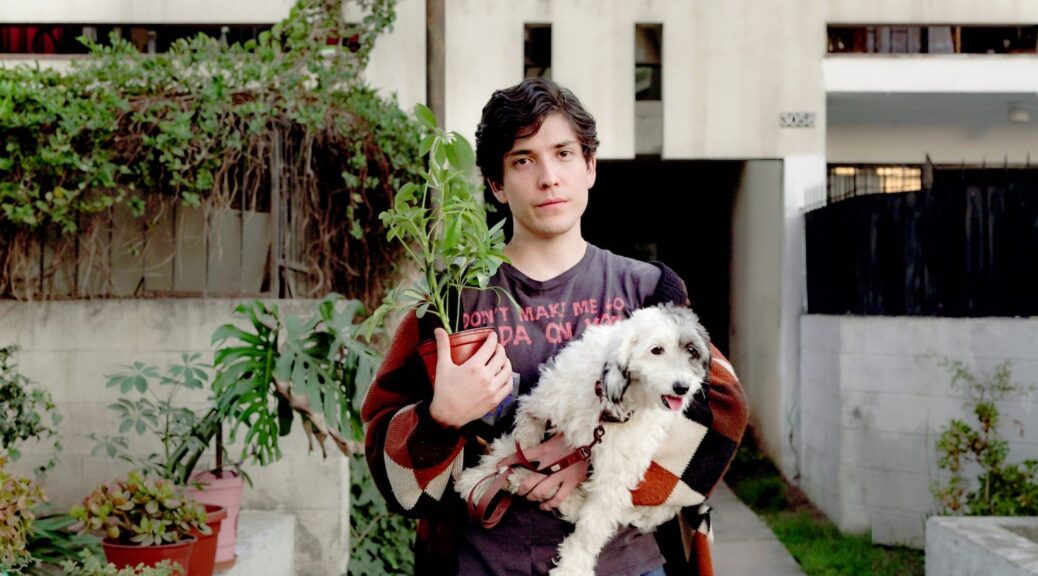 Pablo (Juan Cano) is a struggling actor who makes his money working as a training actor for a medical program where personnel get to practice their bedside manner in a classroom setting. He had been making ends meet, but now that his roommate has bounced – still owing him a couple of months’ rent – Pablo needs to find a replacement roommate fast. In addition to this, he’s still dealing with his feelings for his ex-boyfriend, contending with a ghost(!) in his apartment, and worrying about his downstairs neighbor’s abusive relationship with her partner.

If you haven’t guessed it already, Phantom Project is a quirky slice-of-life dramedy about a 20-something living in the city who is just trying to get by while chasing his dreams of becoming a movie star. Ghost aside (we’ll get to that in a moment), this is very much your typical “walk in a young person’s troubled shoes” indie comedic drama. Even with it being a Chilean spin on the subgenre, this is pretty standard stuff. Thankfully the core performances are all charming enough to help smooth over the samey-ness of the plot.

Samey except for the ghost, that is.

There are two big bright spots in this film: Susan and the ghost. Who is Susan? She’s Pablo’s adorable dog, who knows what’s up with the haunting and seems perpetually annoyed not only by said spirit, but also by how long it takes Pablo to catch on to what is happening. The ghost itself is delivered in an intriguing way. Instead of modern FX work, we have what is an ever-morphing (even in terms of gender) hand-drawn apparition that is often up to hijinks, but occasionally wants to get frisky as well. Alas, said spirit is but one of many subplots. It would have made a better focal point, instead of an intriguing, but also jarring side story.

Phantom Project is a well-crafted slice of indie dramedy cinema that has a good cast, a great animal performer (you deserve better, Susan!), and a really cool-looking ghost in it, after all! What ultimately holds it back is an over-reliance on slice-of-life tropes and too broad a focus, along with an uneven tone. There’s an imaginative spark at its core, however. One that points toward writer/director Roberto Doveris as someone to keep your eye on going forward.