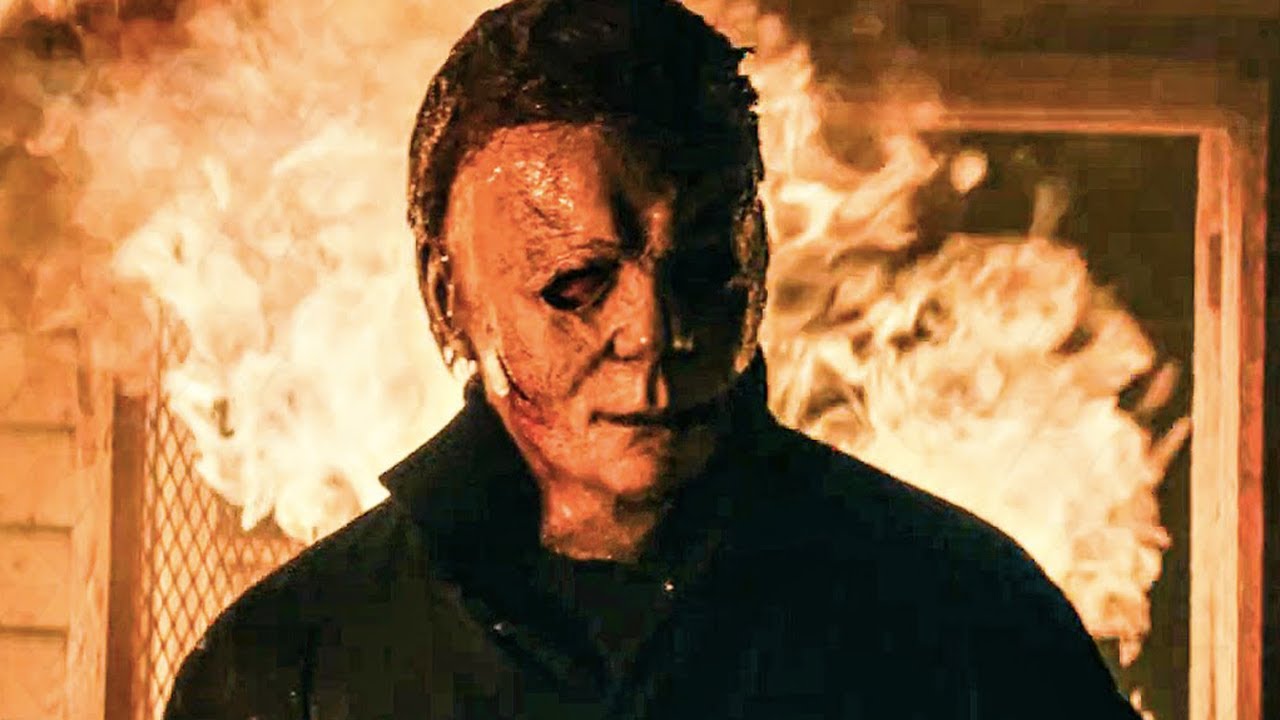 Confession time: John Carpenter’s Halloween is my favorite movie of all time. After years of okay to terrible sequels, I was more than a little shocked when David Gordon Green’s 2018 legacy sequel turned out as well as it did. By slavishly adhering to Carpenter’s original mythology, Green made something that fit nicely alongside the 1978 original.

After a harrowing flashback to the events of Halloween night 1978, Halloween Kills picks up right where the 2018 film left off. Laurie Strode’s house is in flames and The Shape (James Jude Courtney) is trapped in the dungeon-like basement. Unfortunately, first responders don’t know that, and they free the murderous Michael Myers from his burning tomb. As the town of Haddonfield descends into chaos, survivors of The Shape’s original rampage – Tommy Doyle (Anthony Michael Hall, The Breakfast Club), Lindsey Wallace (Kyle Richards, Halloween), and Marion (Nancy Stephens, Halloween), lead a mob through the small town. Recovering in the hospital from her fight with Michael, Laurie Strode (Jamie Lee Curtis), her daughter, Karen (Judy Greer, Adaptation) and granddaughter, Allyson (Andi Matichak, Halloween 2018) try to come to terms with the people they’ve lost.

Halloween Kills is an astonishingly brutal film. The Shape rampages through scenes like he’s never done before. This brutality will probably turn off a lot of fans who enjoyed the relative tameness of Green’s first Halloween. I’m impressed with how effectively Green handles the on-screen carnage while still keeping The Shape in the shadows and scary. That air of mystery is important and keeps the character from becoming too humanized.

The new cast additions are fun but largely wasted. Hall runs around and shrieks his way through scenes like a kid after too many candy bars. Stephens and Charles Cyphers as Brackett are more or less glorified cameos. Only Kyle Richards manages to make any kind of positive impression. Like the rest, her scenes are brief, but Richards brings a better sense of gravitas and fear to her encounter with The Shape.

Greer is once again MVP and easily walks away with the movie. She carries all of the grief of the Strode women but none of the irrational rage. Curtis is regulated to the sidelines for the majority of the film – spouting off gobbly goop dialogue so nonsensical, it would make the late Donald Pleasence proud. It’s a cynical move that was clearly made so that Laurie and Michael’s final face-off can be the focus of the upcoming Halloween Ends.

The biggest problem with Halloween Kills is that it just moves too fast. Scenes begin and end without a chance for the audience to catch up. The pace makes it hard to simply sit with the new characters and get to know them. Their entire existence is to move the plot forward at breakneck speed.

I sound pretty sour on Halloween Kills, but the truth is that I admire a lot of the chances the film takes. It’s a mean movie that allows The Shape to be bloodier than ever. Kills also points a finger at our heroes and the residents of Haddonfield, as it implicates them as spiritual partners in these murders. This isn’t a deep film, but it is one with more than set pieces on its mind.
Halloween Kills will be divisive. One thing it isn’t, though, is boring.

2 thoughts on “Tricks and Treats”