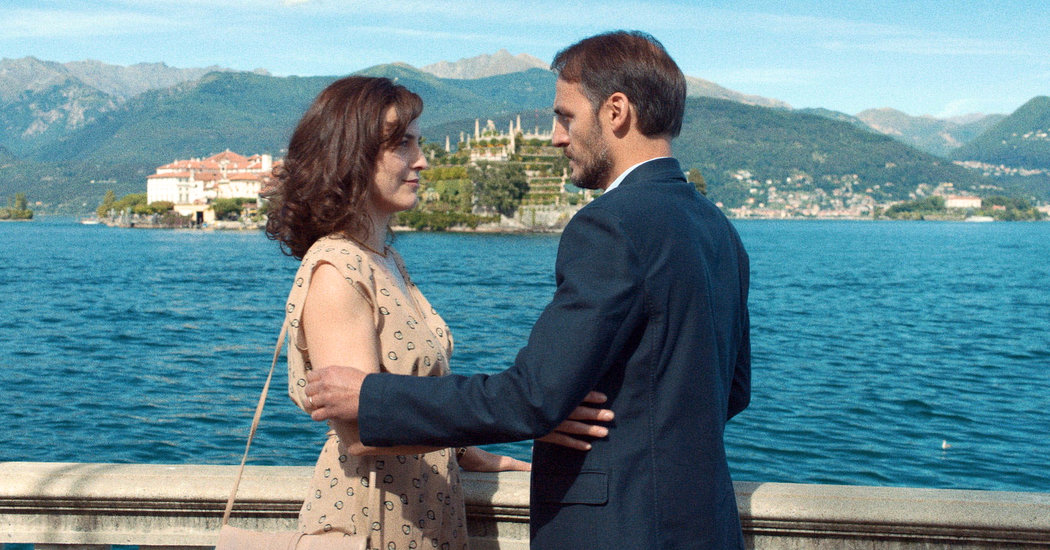 If you like to check your phone or take frequent bathroom breaks at the theater, La Sapienza is not for you. Writer/director Eugene Green makes sure every shot and each line of dialogue is significant in his beautiful meditation on spirituality and love.

Alexandre (Fabrizio Rongione) is a renowned French architect feeling dissatisfaction with life. He decides a trip to Italy is in order, where he will complete his book about the life of legendary Italian architect Francesco Borromini. Alexandre’s wife Alienor (Christelle Prot) feels her husband slipping away and joins him on the trip, where they quickly befriend a pair of young siblings.

Goffredo (Ludovico Succio) is about to begin his architectural studies, while Lavinia (Arianna Nastro) struggles with a mysterious illness that keeps her frequently bedridden. At Alienor’s urging, Alexandre invites Goffredo to join him on his fact-finding travels in Italy, while the ladies stay behind and explore the nature of Lavinia’s ills.

Many philosophical discussions follow, with Green often making sure each character speaks directly into the camera, demanding that viewers take part. He also carefully serves up Goffredo as a younger version of Alexandre and allowing, as the two converse, the enthusiastic ideals of youth to chip away at the hardened facade of aging.

There are plenty of other facades as well. Green’s camera lingers on the contours of classic Italian structures and as Alexandre and Goffredo share their architectural philosophies, the roles of teacher and student begin to blur. While Alexandre questions the meaning of life and believes in “salvation through work, ” Goffredo’s desire is to create spaces with an “emptiness which must be filled with people and light.’

Such metaphors, built around lovingly artistic imagery, lead you to imagine Green’s goal here is a mix of Through a Glass Darkly and The Great Beauty that targets both heart and mind.

That’s ambitious, but not out of the film’s reach. La Sapienza still thinks big questions can have simple answers, and cinema is still capable of uncovering both truth and beauty.