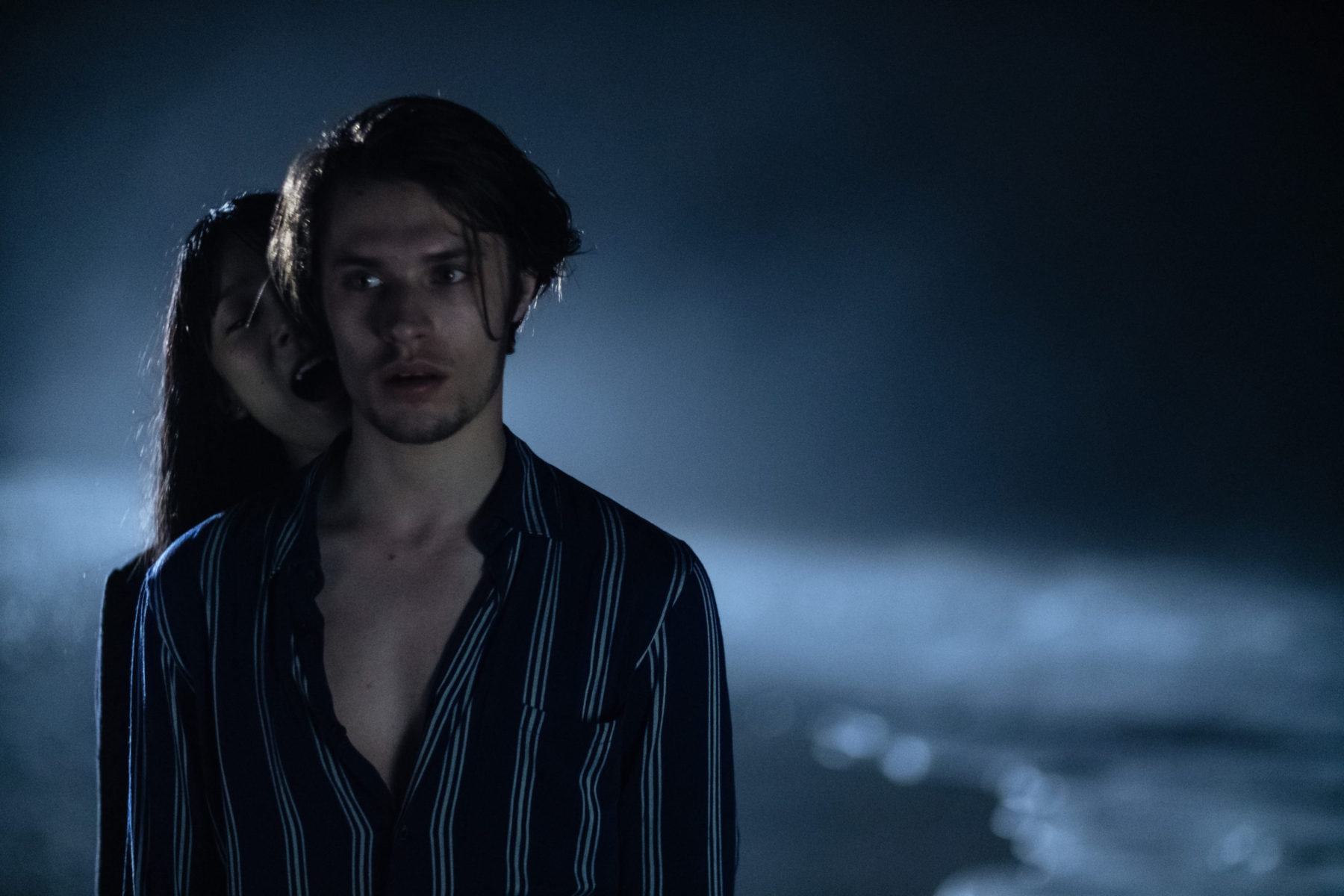 Oh, they’re so attractive. They’re so rich. In fact, the five souls at the center of writer/director David Verbeek’s Dead & Beautiful are so attractive and rich that they have to stick together because literally no one else on earth can understand where they come from.

Each has a family fortune in the billions, and every week one of the five takes a “turn” — they decide what the group will do for fun, and their buddies have to participate, no questions asked. But it’s so hard! They’ve done everything.

Verbeek makes his point early. These five people contribute nothing to the world. As the rich and beautiful, they are the alpha predators. And yet, their unfulfilled lives spin out of control after one “turn” may have inadvertently changed them into vampires.

Thus begins the psychological experiment. When you have no soul to begin with, you’ve essentially lived off the masses your whole life, is there really any difference between you and a vampire?

We find out in rain-slicked, neon-tinted urban late nights, following five impossibly thin and unreasonably attractive people through a whole lot of nothing.

Very, very little happens during this movie. Camaraderie and sexual tensions feel fake. Individual suffering rings false. The psychological game at the heart of the action is as bloodless as the film itself. This is a horror film in the loosest sense.

Dead and Beautiful would play more like a social satire if it didn’t emulate the same tedious, vacuous billionaire youth that it pretends to skewer.

A handful of funny moments help the time pass, mainly thanks to Philip Juan, whose character believes he mind-controlled his way into a pack of Wrigley’s spearmint gum. A frustrating number of scenes begin with great promise — well-framed, intriguingly populated possibilities for those alpha predators to prove their label. What’s frustrating is how blandly these scenes all end.