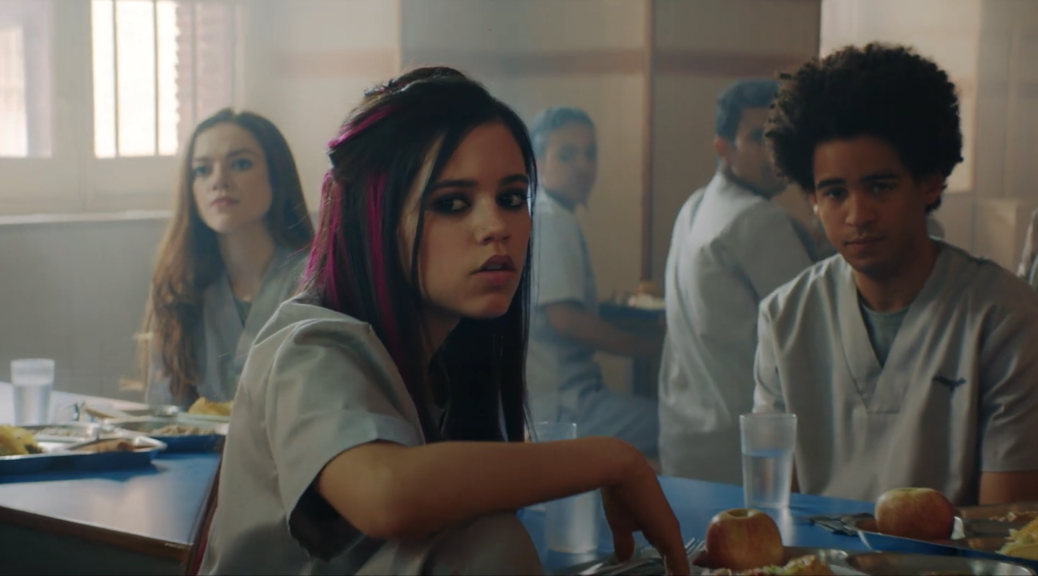 This, I think, is my favorite thing about director/co-writer Diego Hallivis’s sociopolitical horror American Carnage. Rather than setting up one-dimensional, morally impenetrable heroes, Hallivis—writing with his brother Julio—delivers likable but flawed, and therefore realistic, characters to root for.

Those characters are mainly the offspring of immigrants: JP (Jorge Lendeborg Jr.), Camila (Jenna Ortega), Big Mac (Allen Maldonado) among them. Governor Harper Finn’s (Brett Cullen) election-friendly executive order not only deports all illegal immigrants, but also detains their US-born children for failing to turn their parents over to authorities.

Some of those kids can work off their sentence by providing elder care at the Alcove, an institution run by the benevolent Eddie (Eric Dane).

Though the comedic writing is never as sharp as it should be, Hallivis’s cast supplies charm and sarcasm in equal measure. Unsurprisingly, Ortega stands out as the group’s unofficial badass. Her scowl and unlikeable demeanor are the perfect offset to Lendeborg Jr.’s good-natured tenderness.

The villains, on the whole, are not the over-the-top psychopaths of traditional horror. This is no doubt intentional. Racist danger, especially as it was uncovered and amplified during Trump’s reign (the film’s title comes from his inaugural speech), is a kind of walks in broad daylight, may be your neighbor, blends into the background reality.

Other than one little dance of evil, the villain performances are somewhat understated.

The villainy is not. There’s a metaphor at work, and though it doesn’t entirely work, the goodwill Hallivis’s cast generates keeps you interested in their journey and eager for comeuppance.

What starts off with a nearly The Forever Purge vibe takes a sharp turn into creepier John Hughes territory, then another dramatically Romero pivot. American Carnage looks good and performances are solid, but the movie can’t overcome those tonal shifts.