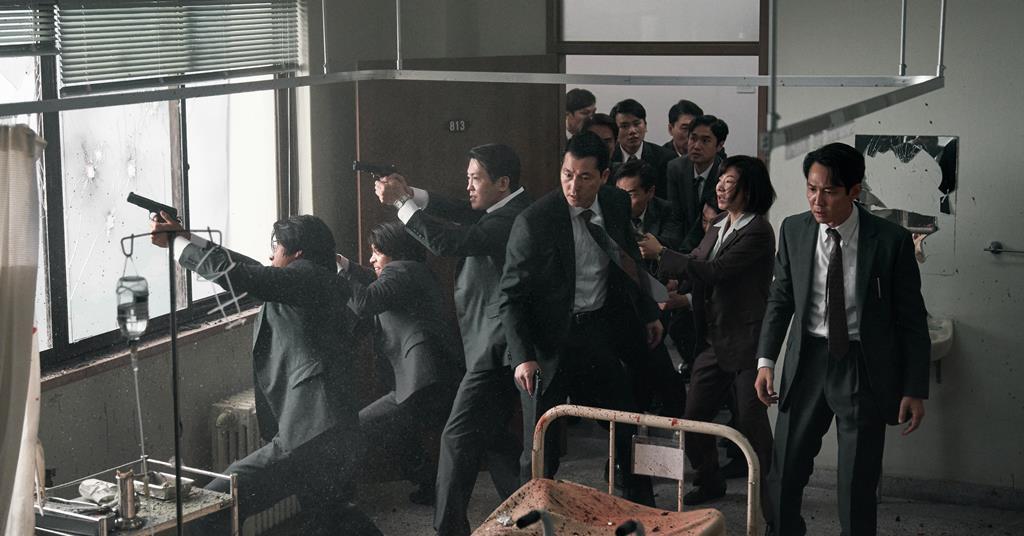 If Squid Game was Lee Jung-jae’s international coming out party, his directorial debut Hunt is a confident and original statement that the engaging actor isn’t slowing down anytime soon.

The agency is grappling with a student uprising against the president, ever-present North Korean belligerence, and of course, meddling American intelligence agencies. When an assassination attempt on the South Korean president comes dangerously close to succeeding, the KCIA suspects a mole. Park and Kim are pitted against each other, and no agent is above suspicion.

Lee stuffs his debut with impressive action set pieces. But this is not the most nuanced of spy thrillers. Lee tends to paint his arterial spatter with a firehose rather than a brush—and it’s a bright, busy canvas by the time Park and Kim are done rooting out the mole.

And then there are the frequent (and graphic) torture sequences perpetrated by the South Korean security forces, carried out almost unthinkingly on friend and “foe” alike. While Lee doesn’t shy away from over-the-top action, he also takes care to shade his characters with enough moral ambiguity that after the umpteenth double cross it’s no longer clear which outcome anyone is rooting for—including the characters themselves.

There’s not much downtime from start to finish. If anything, the story ultimately suffers from the relentless action, especially as the cold war paranoia turns hot. They might not be the quiet tragic heroes of le Carré, but Park and Kim’s deadly game plays so well that it excuses any number of absurd plot twists.

Hunt sticks to the hits with its dueling double (or triple?) agents, but Lee directs with a flourish for action. There’s enough here for action fans, and it’s even more promising as the start of a new phase in Lee’s prolific career.