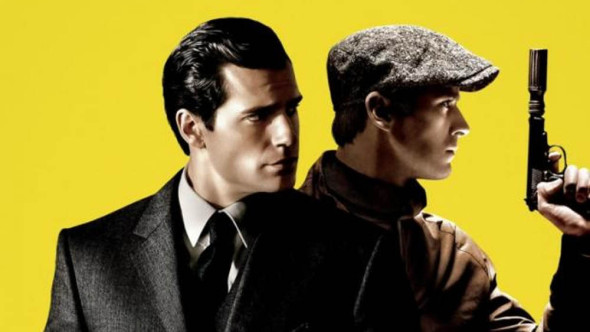 Back in 2009, Guy Ritchie used intriguing casting, slick editing, and a hint of bromance to spark what seems like an endlessly reinvigorated interest in Sherlock Holmes. He employs the same basic formula to the less well-remembered franchise The Man from U.N.C.L.E., with similar results.

Filmed in the actual Sixties, the TV series ran for four years, pairing American and Russian super spies to show that we really can all work together when there are nefarious evildoers to thwart. Ritchie has fun taking us back to the swinging side of the Cold War, generating an affectionate retro vibe that compliments his upbeat, sometimes droll action comedy.

Hammer makes a fine foil, although he doesn’t leave nearly as distinct an impression. His Ilya comes off as a bit of a sociopath, which should probably be funnier than it is.

Ritchie cannot figure out what to do with a wildly miscast Alicia Vikander, which is a shame. Her performance in this year’s brilliant SciFi thriller Ex Machina marked her as one major reason to look forward to UNCLE. Her character Gaby – a conflicted single/double/triple agent with an attitude and a crush – should offer enough layers for fun adventure, but Vikander can’t seem to flesh her out at all.

The plot is pretty typical fare – baddies have nuclear capabilities. (Oh, wait. It’s 1963 – make that “atomic capabilities.”) An international organization of good guys has to bring them down, but since these good guys are all spies from different countries with different motivations, well, who can be trusted?

For a fun waste of time, Guy Ritchie can be.