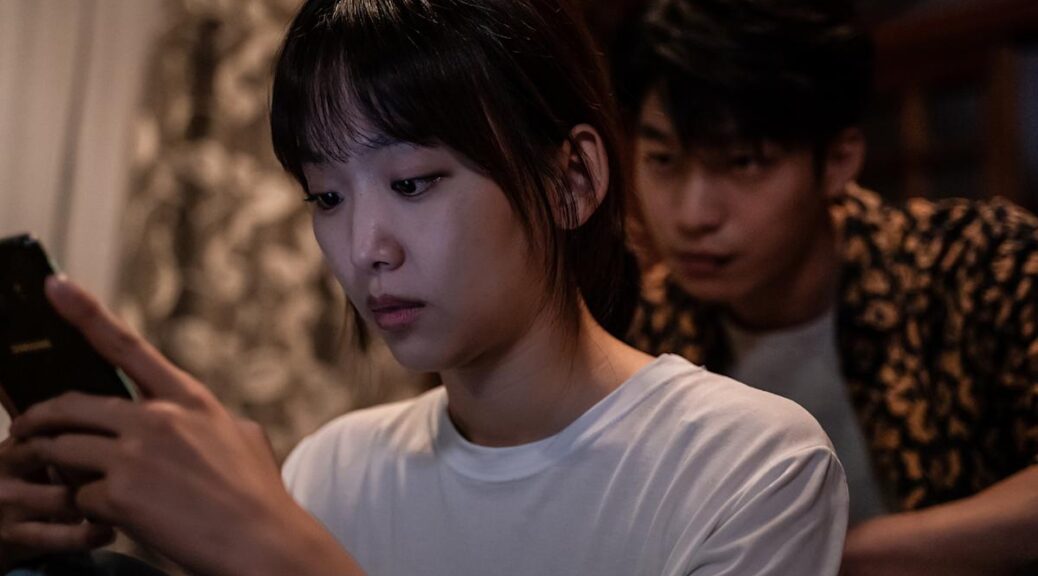 In the dark and deserted alleys of an unnamed Korean city, Do Shik (Wi Ha-Joon) hunts. His prey is mostly young women, but men are not invulnerable to his violent pursuits.

In writer/director Oh-Seung Kwon film Midnight, two Deaf women (mother and daughter) find themselves in a game of cat and mouse with the manipulative and persistent killer.

From the very beginning, Kwon’s focus is building tension. The gorier aspects of what Do Shik does are left to audience imagination. And by introducing the killer first, Kwon allows us to be privy to the type of games this hunter plays.

After a creepy opening scene, the movie takes a little time to introduce us to our other main characters. Kyung Mi (Ki-joo Jing) works as the Deaf representative in a call center and longs to take a vacation with her mother. We also meet an older brother and younger sister who playfully battle over the sister’s curfew for her blind date. The film moves back and forth between these pairs before reintroducing us to our sadistic killer.

Some of the tension is built upon the things mother and daughter can’t hear. A sticky door lock that, even while pulled slowly, emits an ear-splitting whine. The approach of hurried footsteps from behind. A thrown shoe.

The second act is the film’s strongest portion. The incompetence of police officers trying to “help” leads to some funny moments, and the reactions of the officers and their inability to understand teeter between hilarity and frustration.

There are also some moments of teeth-grinding tension as the two women find themselves alone and taunted by Do Shik. His threatening words are delivered in low tones and close-lipped sentences, allowing the audience to understand what the two women can’t. Kyung Mi’s mother is not as quick as her innocent daughter to accept that Do Shik is trying to help. She quickly picks up on the contradictions in his attitude, which range from distraught to amusement.

Yet for all the strength of the second act, the movie unravels in the final segment. Suspension of disbelief is tested with some truly questionable character decisions. Though the tension carries over from the middle section, it’s hard to maintain when you’re too busy wondering why certain characters behave the way they do.

A disappointing climax muddies the film’s overall effect and overshadows the message. However, there’s enough working for this tense and exciting thriller to entertain even the most skeptical viewer.