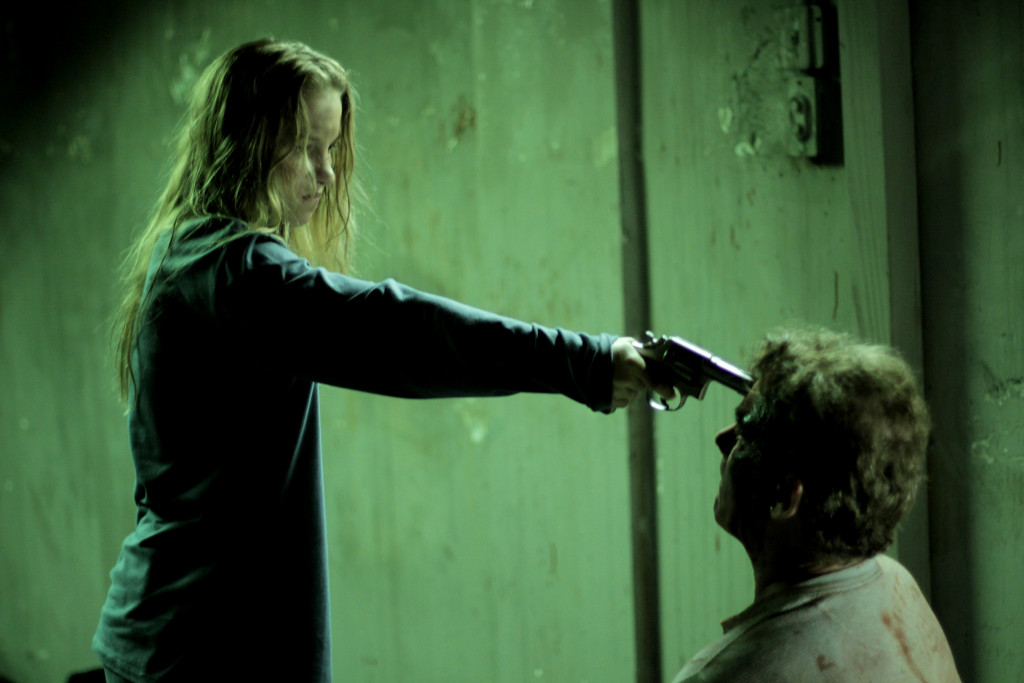 Revenge fantasies have been theatrical staples since writers first put quill to parchment. Even the rape-revenge fantasy has been a mainstay of genre filmmaking for generations. Somehow director Jose Manuel Cravioto mixes the classic theatricality with both common exploitation and an unsettling contemporary relevance in his first English language effort, Bound to Vengeance.

Combining present tense narrative with flashback footage, the film unveils the predicament that has befallen Eve (a believably intense Tina Ivlev). Chained in filth in the basement of an isolated old house, Eve finally makes her escape but chooses to risk herself further by keeping her captor alive long enough to fulfill an obligation.

The filmmaker thankfully skirts unseemly titillation. Though his film uses sex trafficking as its basis for horror, Cravioto does not rely on the shock value lechery that has driven other films of the sort. Because the film is told from Eve’s perspective, we’re given the opportunity to find humanity and compassion.

But don’t write the film off to political correctness. Craviotio makes some provocative decisions that won’t thrill every viewer, although they do seem to serve the unsettling reality of the film itself.

Ivlev tinges her character’s tenacity with just enough PTSD flourishes to make the character both realistic and unpredictable, while Richard Tyson is creepy perfection as her foil. Is he the sympathetic simpleton he makes himself out to be, or the conniving psychopathic predator you’d imagine could be capable of this inhuman behavior?

Give writers Rock Shaink Jr. and Keith Kjornes credit – every time a character makes a careless or stupid decision, it isn’t simply convenient writing. There’s a reason for most everything that happens here.

This is a small film, visually grimy and difficult to watch, but it’s Cravioto’s restraint that makes it worth the effort. Very little here feels exploitative, and he never gives over to sentimentality. He invests in characters and reminds us why the revenge fantasy has remained as compelling as it has for as long as people have told stories.