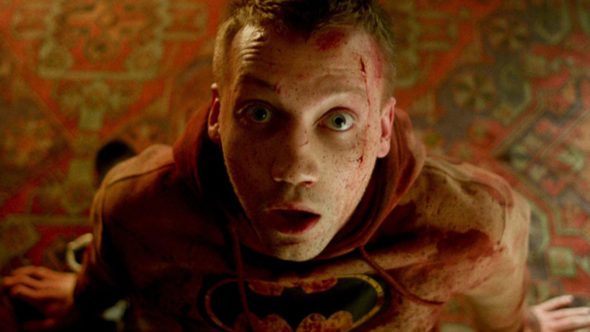 Why Don’t You Just Die!

Just a shit ton of blood.

This movie is a hoot!

And, yes, it is Russian, so there will be some reading. Not a lot, honestly, and Sokolov’s grasp of visual language is so firm that you really would not have to read a single word to understand every nuance of the film.

Sokolov sets up a raucous mystery. Why is Matvei here? What does Andrei’s daughter have to do with it? Why isn’t Natasha in the country? How can Yevgenich help?

Does every single one of these people have reason to want Andrei dead?

The answer to the last one is yes.

As these characters limp into and out of the apartment (or don’t), Sokolov helps you keep track by virtue of theme music. Each character has his or her own. The quiet, brooding Matvei’s music, for instance, soars like a Morricone Western theme.

But is he a black hat or a white?