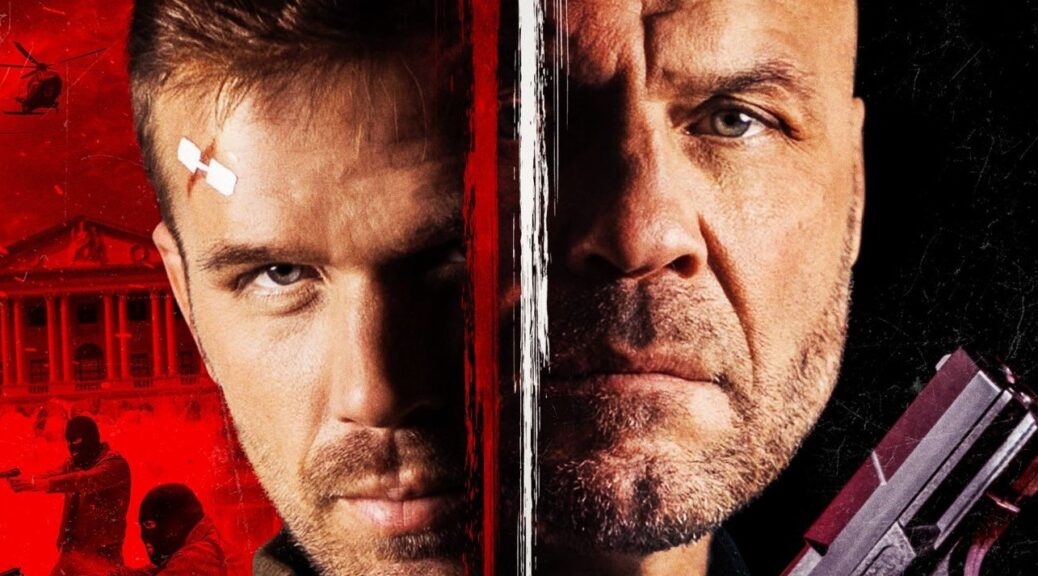 Rideshare driver Nick (Cam Gigandet of Twilight and The Magnificent Seven) needs fast money to help care for his hospitalized daughter. Thankfully in the world of Blowback, there’s a seedy criminal underbelly that rideshare drivers know about.

Nick gets hooked up with a crew that includes an ex of his (Michelle Plaia) and her new squeeze, Jack (Randy Couture of The Expendables). Like clockwork, Nick is quickly double-crossed after the heist and left for dead. What follows is a meandering, undercooked tale of revenge.

First thing’s first: Blowback was a chore to sit through. It’s a movie completely devoid of clever plotting or surprises. Instead, the entirety of the film is built upon genre cliches that have been done better hundreds of times before. Cliches and tropes can be fun and entertaining, but it helps to have good writing, directing, and acting to support them.

Gigandet and Couture are the big “names” in Blowback, and I’m having a hard time thinking of two other leads more boring than them. Gigandet has turned in some okay work in bigger fare over the years, but he’s not the kind of actor that can take weak material and beef it up through his performance. Couture, on the other hand, has never turned in a performance I would call good. The majority of his line readings feel like they’re coming from cue cards.

Director Tibor Takacs has been steadily working as a director since the mid-80s. He’s responsible for two cult horror favorites in The Gate and I, Madman. While these two films aren’t bonafide classics, they did show that Takacs knew how to approach genre with some style. This is not the case with Blowback.

The film is competently made, but only from a point-and-shoot standard. Takacs’s vanilla directing style here does nothing to help the already cheap feel of the entire production.

Blowback offers 93 minutes of nothing new in the realm of revenge cinema. Save yourself the time and put on Point Blank again. Or maybe one of the John Wick movies. Maybe Kill Bill would scratch that itch as well. In fact, any other movie would work out better than Blowback.