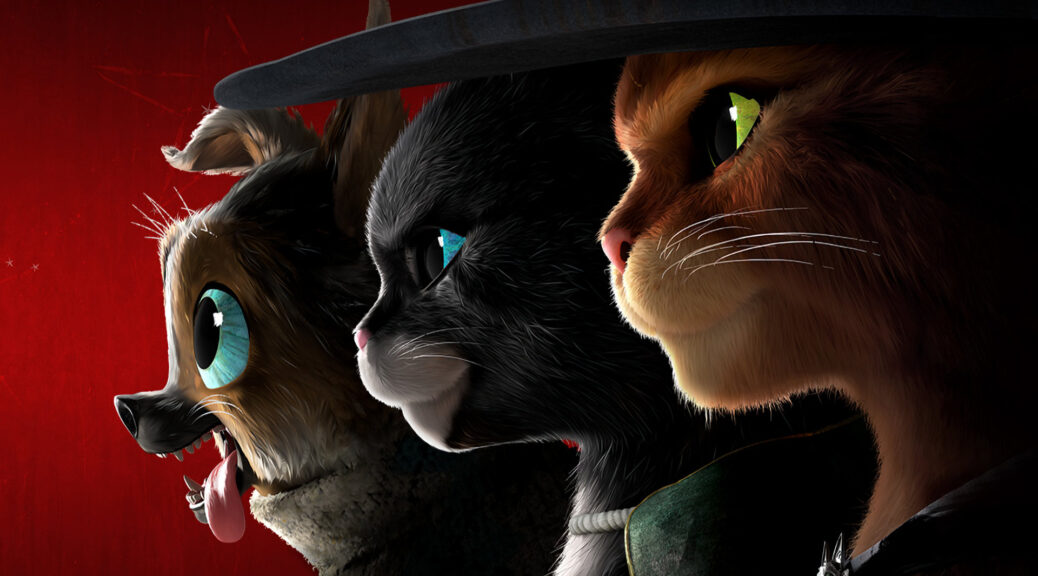 Puss in Boots: The Last Wish

Live like there’s no tomorrow. For some, that idea may be freeing. Not for Puss in Boots (Antonio Banderas).

Down to the last of his nine lives thanks to his devil-may-care, adventuring lifestyle, the legendary tabby knows fear for the first time. Indeed, it seems to him that death itself stalks his every move.

But just as he’s resigned himself to the life of a housecat, he learns of a wishing star and decides that this one wish is his key to becoming his fearless, legendary self again. Too bad his ex, Kitty Softpaws (Salma Hayek), is also after it. So is narcissistic psychopath and piemaker Jack Horner (John Mulaney), as well as Goldilocks (Florence Pugh) and the three bears (Olivia Colman, Ray Winstone and Samson Kayo).

That’s a killer cast right there. That’s five Academy Award nominations and one Oscar. Sure, most of that is Colman, but still, Puss in Boots: The Last Wish is loaded with talent.

That’s no real surprise from the Shrek franchise or the gang at Dreamworks. What is a surprise is the material these pros have to tear into. Directors Joel Crawford and Januel Mercado capitalize on the talent with a heartfelt, surprisingly mature script from Tommy Swerdlow, Tom Wheeler and Paul Fisher as well as animation that looks better than anything the studio’s put out to date.

Banderas has a blast, as he has since his first appearance as the booted feline in 2004. Not every actor is cut out for voice work, but Banderas excels.

Pugh’s scrappy Goldilocks is a stitch, as is Winstone’s Papa Bear. Colman characteristically delivers a performance that’s equal parts tender, hilarious and heartbreaking. And with just her voice!

The entire cast, including Harvey Guillén as the most resilient chihuahua ever animated, populates this imaginary world with decidedly memorable characters – characters with dimension, 2D be damned.

Puss’s existential crisis drives this imaginative, often hilarious adventure, but it does more than that. It anchors all the derring-do with earnest emotion and recognizable struggle. The film never feels as if it’s winking at its adult audience while dishing out frivolity to youngsters. Instead, somehow the filmmakers bridge that, engaging all ages with an emotionally complex but digestible tale, gorgeously rendered, beautifully acted and shockingly fun.