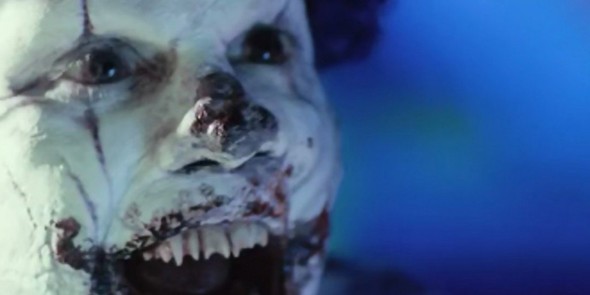 Sympathetic, surprising, and often very uncomfortable, Jon Watts’s horror flick, though far from perfect, does an excellent job of morphing that lovable party favorite into the red-nosed freak from your nightmares.

Watts, who co-wrote with the talented Christopher Ford, weaves a fantasy of Nordic folklore turned modern nightmare. There are moments of grotesque brilliance and edgy horror as poor Andy slowly, painfully morphs into a monster who feeds on children.

Because of the victim pool, the film is likely to upset a lot of people, so keep that in mind as you going in. For those who are prepared for this, though, there is a Chuck E. Cheese scene that is pretty vintage.

Most of the balance of the cast is comparatively weak, but a weird-as-ever supporting turn from Peter Stormare helps the film overcome other acting let-downs.

Watts fails to maintain consistent tension or momentum, but gets credit for taking the horror places you might not expect, and for squeezing as much sympathy as possible before that last swing of the ax.