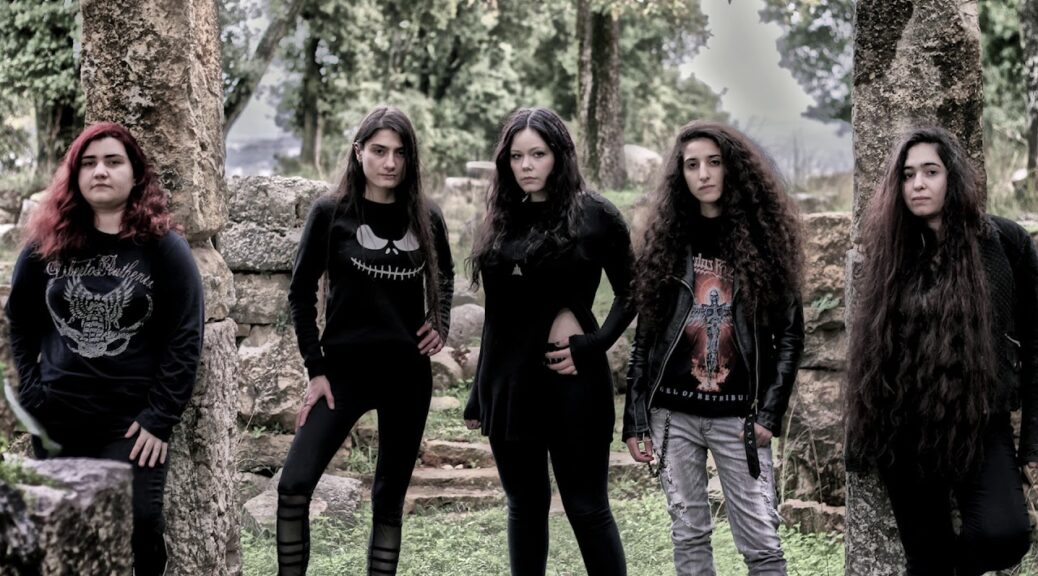 It seems like it would be tough to be an all-female thrash metal band. It looks even tougher if you’re also in Lebanon. Director Rita Baghdadi allows us the opportunity to follow just such a band in her latest documentary, Sirens.

The band is Slave to Sirens, and it boasts a five-woman line-up with an amazing collection of musicians. It’s a shame there are so few opportunities during the documentary to hear them play.

The lack of music is due in part to the pandemic, but another issue is simply the sparsity of opportunities. When one show is booked, the band is called a few days later by the booking agent telling them the show has been canceled. The venue is not allowed to book a metal band.

The wider Lebanese society frowns upon metal music, likening it to Satanism (doesn’t that sound familiar?). The women refuse to give up, but it’s a tough world in which to have a successful metal band.

One of the few chances we have to see Slave to Sirens play is at the Glastonbury Festival in England. It’s a great performance; lead singer Maya has a growl that resonates and lead guitarist, Shery, works magic. It’s a shame that there are only a dozen people in the audience who see them perform.

As the documentary unwinds, two members start to stand apart from the rest: Shery and rhythm guitarist, Lilas. Both feel at odds with the world around them and seek music as a way to express their anger and frustration.

What Baghdadi gives us is more than a simple band documentary. Behind every moment, every note, every song, is a scene of raging turmoil within the borders of Lebanon. This chaos is reflected within the band and the interactions of its members. Scenes of tension between Shery and Lilas reflect the greater tension around them. The two women nearly come to blows during an argument. When a building blows up several scenes later, it feels like a reminder that what we do to each on a small scale is too often reflected back on a larger one.

If you’re not familiar with current events in Lebanon, it doesn’t detract from the overall experience. This is the kind of documentary that reminds us of the power music has to give voice to those who can’t always speak.