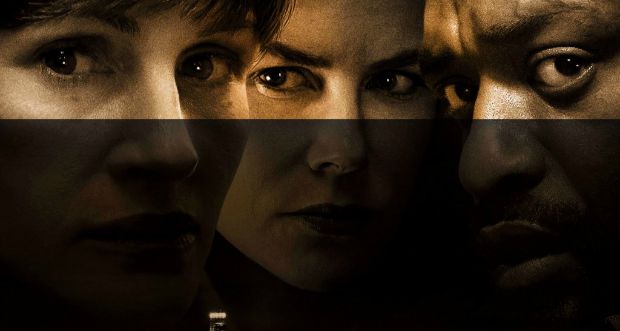 Secret in Their Eyes

American remakes of great foreign films aren’t always a letdown (The Ring actually improved upon Ringu), but the track record is not good.

Secret in Their Eyes does little to reverse the trend.

If you haven’t seen Argentina’s El Secreto de sus ojos, the 2010 Oscar-winner for Best Foreign Film, then writer/director Billy Ray’s adaptation can stand alone as a serviceable thriller with a stellar cast.

Chiwetel Ejiofor is Ray Karsten, an investigator who remains haunted by an unsolved murder from 13 years earlier, and by some lingering feelings for his former co-worker Claire (Nicole Kidman).

Just four months after 9/11, a young woman’s body was found in a dumpster, right beside a mosque suspected of harboring terrorist activity. To Karsten’s horror, the victim was the daughter of his colleague Jess (Julia Roberts), and the killer was never brought to justice.

Now, after years of pouring through mugshots each night, Karsten returns to Jess, and to Claire, with hopes of re-opening the case.

One of the many beautiful qualities of the original film was how it juggled the years and storylines intermittently but equally, poignantly layering the gritty crime drama with the wistful pangs of unrequited love. There’s more than one secret at work here, but Ray’s vision can’t view them as equals.

His cast is certainly game, especially Roberts, who digs in to Jess’s heartbreak with ferocity. She and Ejiofor make ID’ing Jess’s daughter utterly devastating and the film’s emotional high point, which shouldn’t come so early.

Ray, who’s more seasoned as a writer (Captain Phillips, The Hunger Games) than director (Shattered Glass), pushes too hard in almost all directions, from xenophobic paranoia to the obstacles coming between Karsten and Claire. His pacing feels rushed, and his attempt to re-create the original film’s eye-popping sports stadium chase fizzles out quickly.

Many of the changes Ray makes to the core story are curious but acceptable, as you wait to see how he approaches that knockout finale. Once it hits, the feeling is more like a gut punch.

Emotional resonance is replaced with lets-go-one-better excess, as if American audiences couldn’t accept any finale without a clearly drawn morality, for fear a dark beauty might follow them home.

What Ray omits from the conclusion is nearly as criminal as what he adds, and his film ultimately wears an unwelcome irony. These characters remind us more than once that “passion always wins,” and it’s passion that needs to drive them.

But just when Secret in Their Eyes needs it most, when both storylines are converging in a deserving payoff, it cops out, and a glorious passion play becomes a common exercise in obligation.