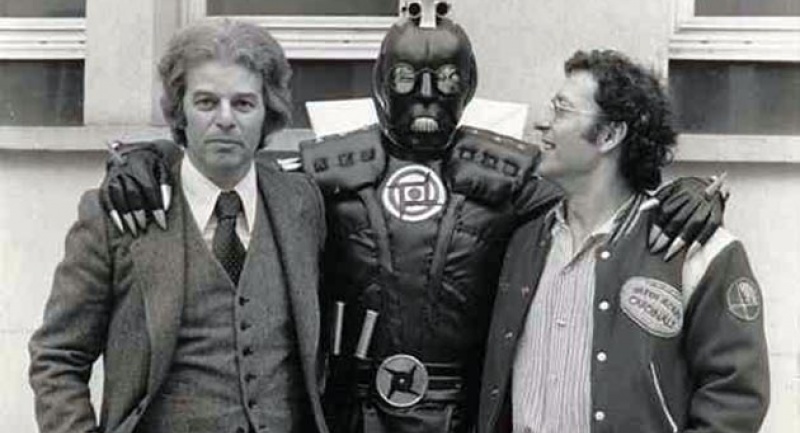 Jodorowsky’s Dune isn’t actually the famed director’s long-overdue treatment of a science fiction classic, but you’ll end up wishing that it was.

And, ironically, that’s a testament to how well this documentary tells its story of “the greatest sci-fi film never made.”

Chilean artist/writer/filmmaker/actor Alejandro Jodorowsky came to prominence in the early 1970s with surrealist, boundary-pushing films such as El Topo and The Holy Mountain. In 1975, he began a project that aimed to turn Frank Herbert’s epic novel Dune into something resembling an acid trip on film.

By all accounts, that film would have been awesome, so why didn’t we get it?

Jodorowsky is still energetic and ambitious at age 85, and you can’t help but buy into his vision. Even now, he bubbles with excitement when outlining his failed plans, which included offering Orson Welles his own on -set personal chef just so Welles would join the cast. Budgets were not much of a concern to Jodorowsky, and you begin to understand why the big film studios were a tad frightened.

Science fiction geeks and movie nerds will be in behind-the-scenes heaven, but the film also works on a mainstream level. It’s a compelling story of the creative process and the passion that drives it.

Pavich showcases Jodorowky’s “most interesting man”-style charisma, and surrounds it with the relevance needed to both entertain and satisfy. By the time Pavich offers concrete examples of how the original Dune storyboards continue to influence Hollywood, you’ll be sorry Jodorowsky’s Dune isn’t the opener of a nonexistent double feature.