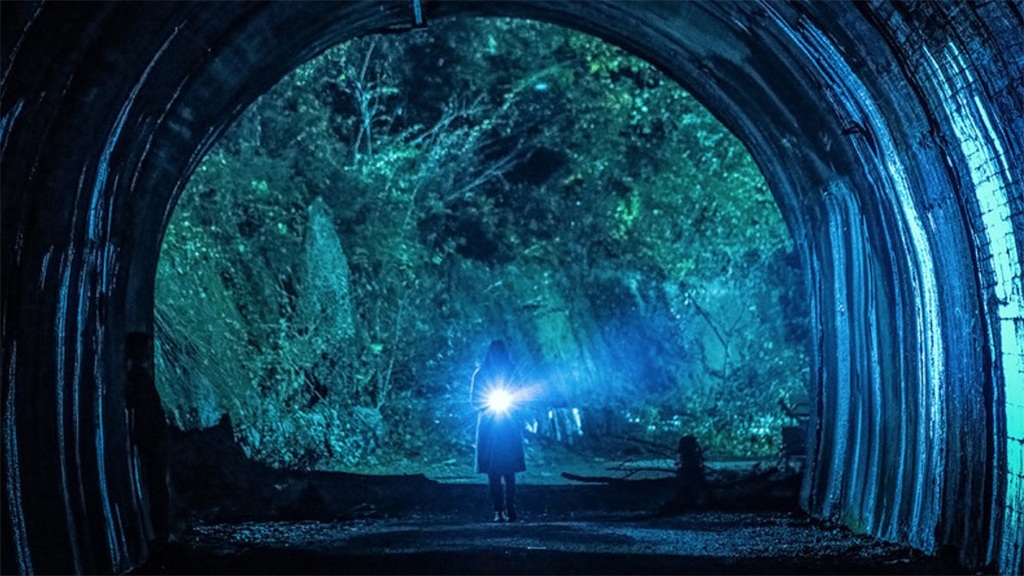 Takashi Shimizu is J-horror (Japanese horror) royalty. His Grudge series of films were just as influential and important as Ringu, Dark Water and Pulse. Shimizu has earned his bona fides, and while the Howling Village doesn’t quite reach the heights of his earlier work, it’s still an effective entry into the ghost story realm.

Anika (Rinka Otani) and her boyfriend, Yuma (Ryoto Bando), enter the “Howling Village” late at night to witness the mysterious village for themselves. After a harrowing encounter, Anika seemingly ends her own life even though she died on land with water in her lungs. A distraught Yuma disappears into the Howling Village once more, this time with his younger brother at his side. As Yuma’s older sister, Kanata (Ayaka Miyoshi), begins to piece together the mystery around her brothers’ disappearance, the forces around the Howling Village, and Kanata’s family , rise up to stop her.

Early on, Howling Village sets the stage for a complicated mystery between Kanata’s family and the village itself. These types of ghost stories love to mix family drama and tradition with the supernatural. The ones that do it well (Hereditary, The Changeling) do it extremely well, while those at the other end of the spectrum usually end up adding one too many layers that weigh the story down.

The film’s mix of mystery and horror would’ve worked better had Shimizu ironed out the details with more precision The narrative becomes contrived and confusing – often bouncing around to different characters and plots without finishing the thought of those individual scenes. Howling Village is a film that wants to comment on prejudice, greed, and how those two things end up coalescing into one heinous act. The script just never quite manages to do anything more than make a superficial comment on either topic.

All is not lost though. There are a few successful scares that are right up there with the best of J-horror. Shimizu’s fantastic grip on the tonal dread throughout the film is really the saving grace. Sure, the mystery bogs things down, and some of the rules don’t make a lick of sense, but the super creepy visuals and situations make up for the shortcomings.

Howling Village takes some big swings at the story it tries, but ultimately fails, to hit. The major narrative surprises may fall flat, but the film manages to make up some ground through solid scares and atmosphere.