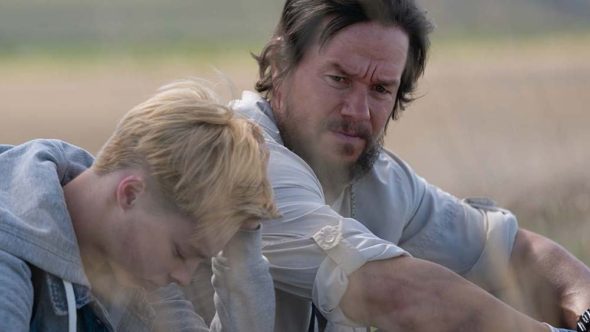 In April of 2013, Joe Bell explained his walking trek from Le Grand, Oregon to New York City. He was doing something. Those who watch bullying and do nothing about it are as guilty as the bullies themselves.

It makes sense, then, that Reinaldo Marcus Green’s film Joe Bell is more interested in what Joe did and did not do when confronted with his son’s bullying than it is in the bullying and victimization themselves. Because the truth is, this walk is as much a penance as anything.

Mark Wahlberg plays Joe, volatile but loving husband and father just trying to fly under the radar and still accept, as best he can, his oldest son Jadin’s (Reid Miller) sexual orientation. Joe’s a blue-collar guy in a blue-collar town, and neither Wahlberg nor writers Diana Ossana and Larry McMurtry (both of Brokeback Mountain) let him completely off the hook for the misery Jadin faces.

Wahlberg performs admirably as a man who’s trying and failing, but the breakout here is Miller. Warm, bright and brimming with life, Miller’s work the highlight of the film, although Green puts together a solid ensemble including a heartbreakingly understated Connie Britton.

Though an early film contrivance threatens to sink things before they can even really swim, the film eventually finds its lonesome way, more or less. The examination here is culpability, and it’s uncomfortable, messy terrain.

Wahlberg’s performance is raw and emotional. He lets the character struggle, sometimes sinking under the weight of loss and culpability, sometimes accepting the easy balm of celebrity in lieu of real change. His interactions with Britton offer the most complex and satisfying suggestions that Green and team recognize the wide and shattering reach of this kind of trauma.

The film Green builds around Wahlberg never stoops toward easy epiphanies or patronizing catharsis. There is a simmering anger and barely checked pain beneath the surface of this narrative, and no cliched structure or manipulative storytelling gimmicks can entirely cage that.

In the end, Joe Bell does break through the contrivance of familiar storytelling because this story doesn’t fit neatly or cheerily into that package.