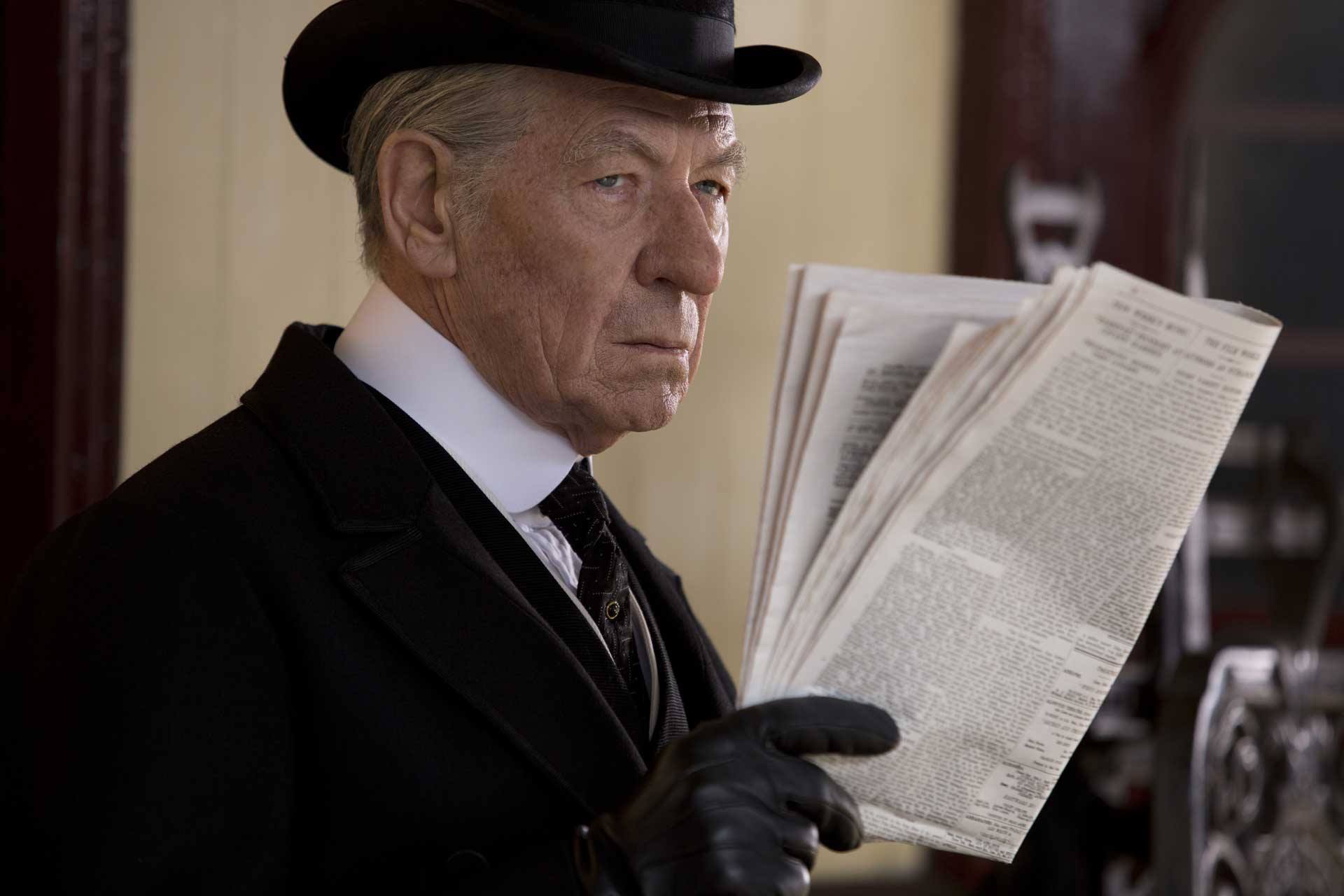 The last time the great Ian McKellen donned the lead role in a film for director Bill Condon, he was rightfully nominated for an Oscar. In their collaboration Gods and Monsters, McKellen played director James Whale in his waning years, trying to remember for himself and articulate for others the difference between who he was as a man and who the world believed him to be.

Director and star tread a similar path with their latest effort, Mr. Holmes. A 93-year-old Sherlock faces his mortality and – worse still for the brainiac detective – encroaching senility. Attempting to battle enfeeblement, he tries to remember the details of his final case – facts clouded by the published story and subsequent film written by his longtime friend, Dr. Watson.

Though the film does stalk a mystery, don’t expect clues, lurid suspicions and a tidy conclusion. Rather, Condon’s effort, based on Mitch Cullin’s 2005 novel A Slight Trick of the Mind, puzzles over bigger questions about morality, fallibility, regret, and the regenerative power of storytelling.

The retired sleuth spends his waning years in a Sussex seaside farmhouse tending bees and basking in the admiration of Roger (Milo Parker), the son of his housekeeper, Mrs. Munro (Laura Linney).

Linney feels slightly miscast as the put-upon housekeeper, aware of her own intellectual limitations and envious of her son’s affections for her employer. Her accent is off-putting and her intelligence is perhaps too fierce to be believably buried inside this character, but she certainly finds the frail humanity beneath Mrs. Munro’s sturdy exterior.

The tale is a bit soft-hearted and not nearly as cerebral as fans of the sleuth might hope. Don’t expect the expected – there is no Watson, no deerstalker, no pipe. Sherlock’s deductive prowess does come into play now and again, but even as logic continues to form and inform his actions, he’s developing an admiration for emotion – even for fiction.

Condon’s pace is slow and his storytelling is not as crisp as it should be, but McKellen soars nonetheless. With effortless grace and honesty he delivers a turn full of fear, courage, regret, need, and joy. It’s a masterful performance.