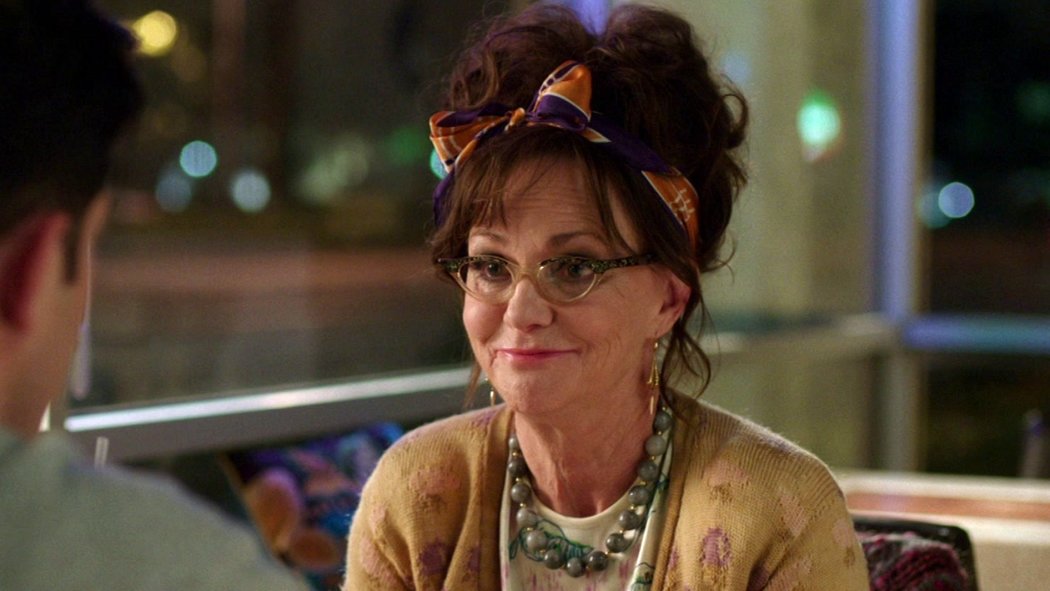 Hello, My Name is Doris

As we grow older, do we dare expect more out of life than “attending lectures at the YWCA and stealing cheese?”

Doris (Sally Field) doesn’t, but then she meets the charming and much younger John (Max Greenfield) in a crowded elevator, steals a pencil out of his backpack, and starts dreaming of something more.

Turns out they’re on the same elevator because they work at the same New York office. John is the new art director at a firm where Doris has done data entry for eons, and once he shows her a little kindness, we see Doris’s fantasies play out in hilarious fashion.

Doris is still reeling from the recent death of the mother she cared for, which prompts battles with her family (Stephen Root, Wendy McLendon-Covey) and her therapist (Elizabeth Reaser) over hoarding habits and a refusal to sell the family home. Meanwhile, Doris’s longtime best friend (Tyne Daly) worries about  her foolish infatuation with someone “barely old enough to vote.”

Field’s return to a leading role is a total joy, and she elevates the film at every turn, making director Michael Showalter’s shaky focus much more palatable.

Showalter (lead writer on the Wet Hot franchise) adapts Laura Terruso’s short film Doris & the Intern with a a script assist from Terruso herself, but he can’t hide the seams from the two different approaches he is stitching together. In keeping the emphasis on Doris’s kooky nature and an ever-present feel good vibe, the moments of budding poignancy about aging and emotional trauma seem misplaced and seriously undercut.

Just enjoy the fun of Doris wading into the hipster pool, learning about social media and finding her way in a world often oblivious to those her age.  It’s the type of character we’re used to laughing at, but Field makes it easy to laugh with her.

One thought on “Rhymes with a Female Body Part”