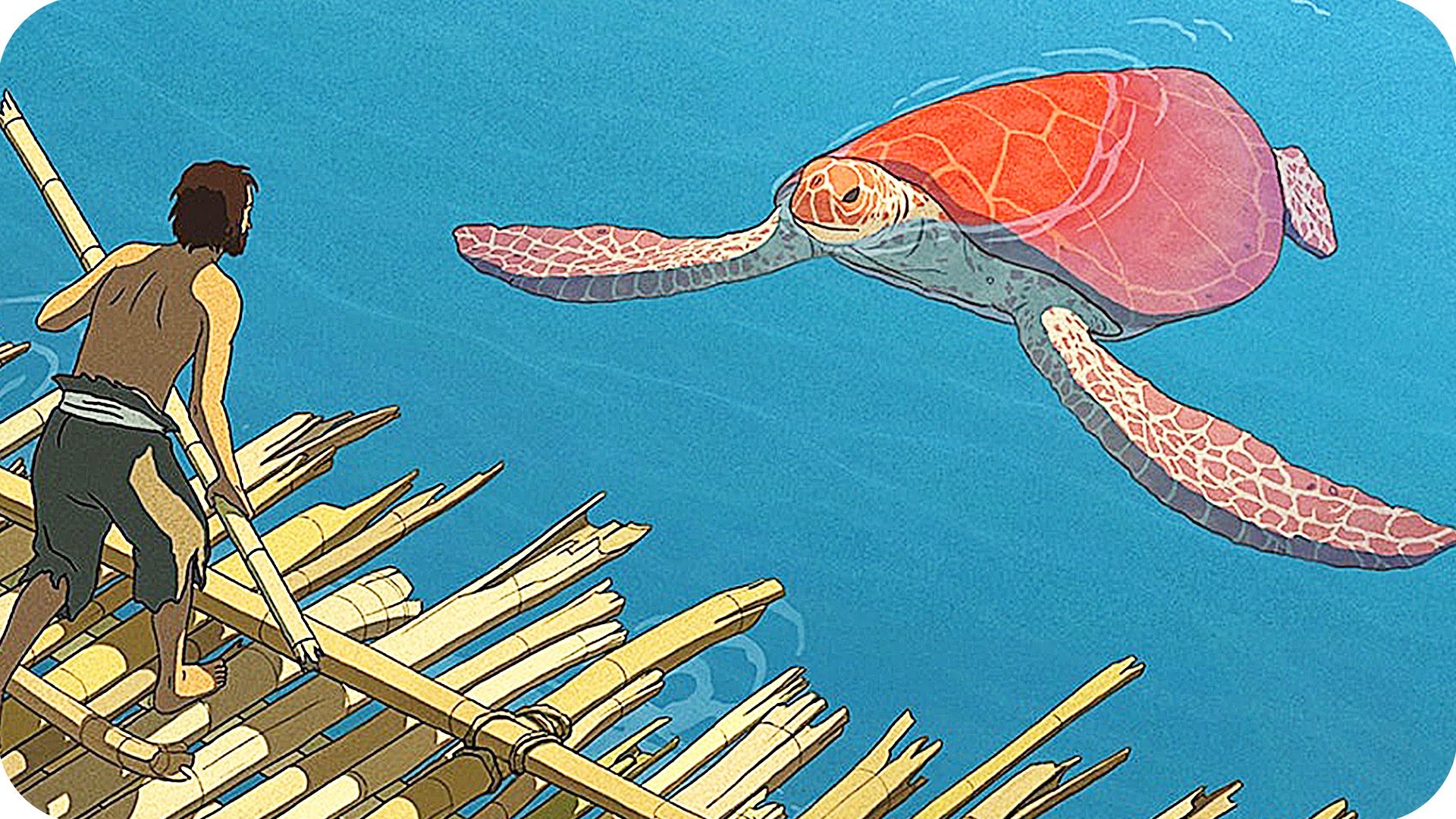 Life, death, the natural world and the redemptive love of a redhead – all excellent topics, all simply but beautifully explored in the Oscar-nominated animated film The Red Turtle.

When Dutch filmmaker Michael Dudok de Wit got word from Studio Ghibli that they wanted him to be the first foreign filmmaker to work with them, he agreed, even though it would mean leaving the world of short subjects behind in favor of something feature length.

The filmmaker, who’d been contentedly animating shorts since 1981 and directing his own work since ’92, took the next nine years to complete The Red Turtle.

Like his Oscar-winning short Father and Daughter, The Red Turtle boasts minimalistic visuals to convey solitude, longing and the harsh realities of nature. But the melancholy of the previous effort is missing, something more hopeful in its place.

We join a nameless man – survivor of a shipwreck now stranded on a deserted island – as he fights to save himself from his fate. With no company but the skittering beach crabs, he explores enough of the island to determine the best ways off.

But each raft he builds is destroyed from below by an unseen force.

Without the help of dialog, musical numbers or flashy visuals – indeed, the entire effort borders on the monochromatic – The Red Turtle becomes a hypnotic experience. De Wit asks you to wonder whether the extraordinary events are happening or are the hallucinations of a desperate man – perhaps even the visions of a man in the throes of death.

He doesn’t answer your questions, instead weaving a fable as easily taken for symbol as it is taken literally. Perhaps the man didn’t survive the shipwreck. Perhaps he did, and the inexplicable power and magic of the natural world convinced him to stop fighting and live the life he has.

Either way, this spare and often somber film, punctuated as it is with both joyous outbursts and peril, is a welcome piece of poetry in Oscar’s roster.