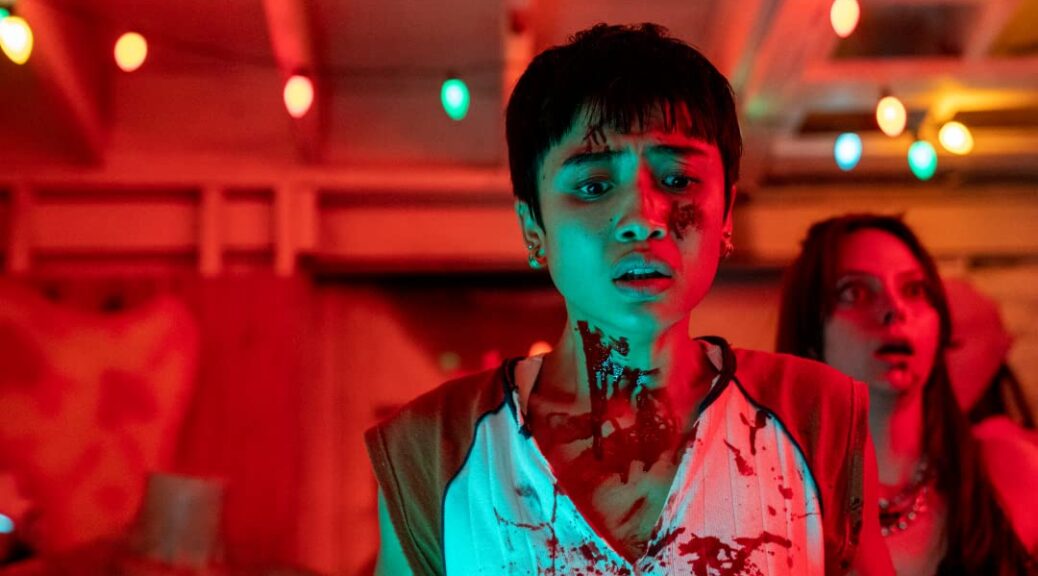 No one ever said high school was easy.

Since the day Hollywood realized that teens spent a lot of money on movies, films have depicted high school angst. Often enough those movies offer suggestions, simple enough remedies to the woes inside those hallowed halls.

A high school science class and one teacher who’s no better than the worst of the teens set off on an extra-credit adventure. And before you know it, you’re eyeball deep in a zombie flick, redneck menace film and John Hughes movie all rolled into one.

Briannae Tju (TV’s I Know What You Did Last Summer) plays Ever, who keeps her head down, her mouth shut and tries not to make waves. She and bestie Tamra (Ali Gallo) are having a moment—it’s that moment when the cool kids want only one of you for their clique and you pretend you aren’t both aware of it.

But suddenly, after a bus crash, scary radio broadcast and a throat-biting murderous attack, Ever and Tamra must team up with those cool kids and whoever else escaped the bus to survive the field trip.

Expect more than you bargain for, including solid performances from Tju, Gallo, Benjamin Wadsworth and a busload of actors finding ways to color outside the lines.

This is the same writing team that launched into the horror scene with Project Greenlight winner Feast. Unhuman shares an irreverent tone with that early work.

The filmmakers sell that kind of 80s influence well, but don’t assume Melton and Dunstan buy it.

There’s real cynicism lying under the viscera, although the surface-level laughs and shocks help Unhuman masquerade as simple bloody levity.

One thought on “Rebel Without a Pulse”