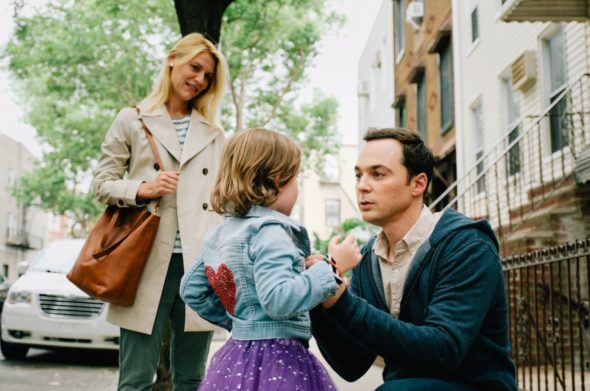 What happens to parents when they’re confronted with the truth about their child? In A Kid Like Jake, the titular Jake is not the kind of five-year-old boy who likes trucks and cars, but rather princesses and fairy tales. His parents, Alex and Greg (Claire Danes and Jim Parsons), see it as a harmless phase. But when it seems possible it’s more than a phase, they’re forced to confront their own fears and prejudices.

Writer Daniel Pearle (adapting from from his play) and director Silas Howard address a topic that deserves attention. With a sensitive touch, they’ve crafted a film that is heartfelt and earnest.

The film’s main shortcomings occur during the first act. It takes the film a while to get to the meat of the issue, spending too much time on inconsequential details, including a montage of private school tours that has no real bearing on the story. Rather than focusing on this minutia, the film would have been better served if some of the ancillary characters were given more to do. Friends and family members are introduced (and played well by the likes of Octavia Spencer, Ann Dowd and Priyanka Chopra), but never satisfactorily weaved into the main drama.

As Jake’s parents, Danes and Parsons work best together when they’re at odds. The dialog during Alex and Greg’s most charged moments is impeccable. Their idyllic scenes, on the other hand, are shallow. The attempt at showing us a loving family is superficial, and it’s hard to root for people we never get a chance to know.

However, there are interesting dilemmas explored in the film. When Jake wants to dress as Rapunzel for Halloween, Alex instead brings home a pirate costume for him. Her rationale is that she wants to avoid weird looks or negative comments. She wants to “protect” her son. But as Jake acts out, it’s clear that her protection is misguided. Rather than defending her son, she’s part of the problem. Greg comes to this realization more quickly, recognizing his son’s change in demeanor as a sign he’s unhappy. It leads to confrontations that are uncomfortable, yet recognizable.

As for Jake, most of what we learn about him comes from exposition. This is likely a result of the transition from stage play to film. In some ways, it works, as Jake knows who he is. But in a world that needs greater representation for gender nonconformity and transgender men and women, it would have been nice to spend time with Jake instead of only seeing him through other people’s eyes.