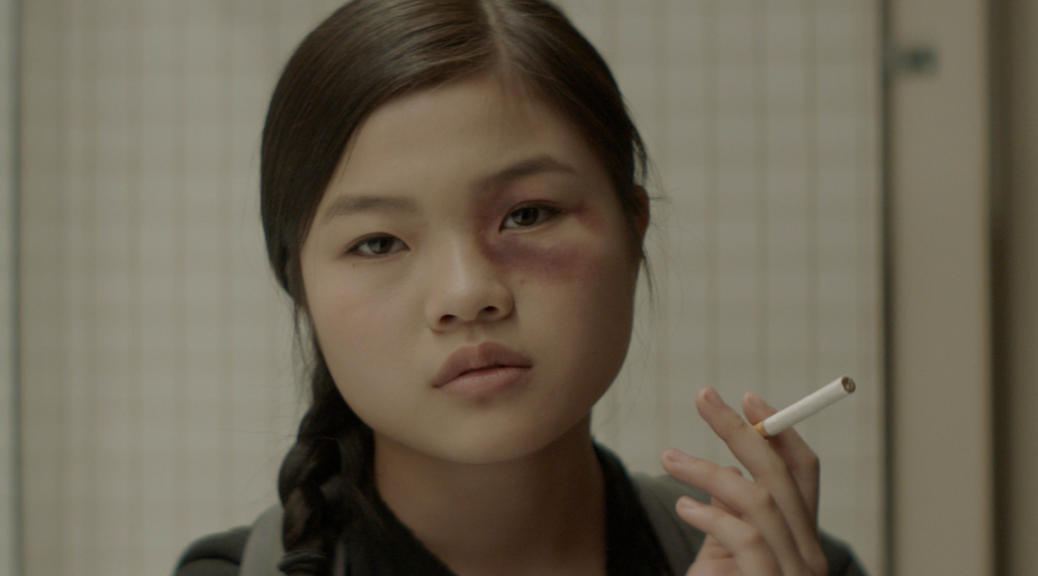 Marvelous and the Black Hole

Anybody who remembers Cheers knows Rhea Perlman can be tough as nails. But a magician hoping to befriend an angry adolescent? Well, that’s just masochism.

Still, that is the plot of Kate Tsang’s Marvelous and the Black Hole. Sullen Sammy (Miya Cech) is in trouble again. Her widowed father (Leonardo Nam) doesn’t know what to do with her, but the vandalism and angry outbursts — especially toward his new love, Marianne (Paulina Lule) — have got to stop.

The ultimatum: get an A in a summer course at community college or go to a religious boot camp.

But the course on entrepreneurship is lame and the teacher’s a moron so Sammy hits the bathrooms for a smoke. There she runs afoul of Perlman’s Margot, on campus to entertain a preschool. Margot sees something of herself in Sammy. Slowly, reluctantly, they pull friendship out of a hat.

Tsang’s got a history with whimsy, which certainly informs her feature debut. Animation, fantasy and magic spill together in sometimes inspired, sometimes ill-fitting ways to highlight Sammy’s tumultuous coming of age.

There’s an interesting clash of visual styles, but beneath that is a uniformly predictable story. Situations and characters are too broadly drawn, but just when you’re tempted to give up on the film, Tsang and gang hit a note of authenticity that pulls you back in. That’s particularly true with the way the film deals with grief.

What elevates Tsang’s tale no matter the scene is Cech’s performance. She anchors the story with a believably angry girl trapped between the tantrums of childhood and the self-destruction of adolescence. The performance feels authentic rather than angsty and it elevates even the weakest scenes.

Perlman’s a charmer as the lonely mentor and she and Cech share a sweet chemistry. The film boasts some laughs and some cringes, but uneven as it gets, Cech delivers.