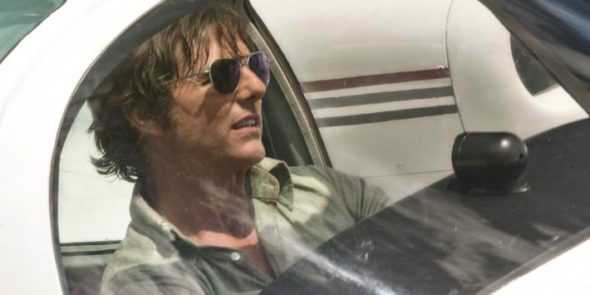 In the late 1970s, Barry Seal traded in his gig as a TWA pilot for something more colorful. What began as missions taking aerial photographs of “enemies of democracy” in Central America turned into money laundering, arming the Contras, and cocaine smuggling for Pablo Escobar and the Medellin cartel. Among other things.

Seal’s is a resume that stands out, and American Made tells his story with just enough charm and swagger to keep it from being totally bogged down in the swamp of exposition necessary to sort it all out.

Much of that charm belongs to Tom Cruise, digging into a role perfectly suited to that roguish charisma he can deliver on autopilot. Whether keeping his CIA boss (an excellent Domhnall Gleeson) in the dark about his side hustles, spoiling his family with cash or buddying up to murderous drug lords, Cruise effortlessly carries the film.

Landing somewhere between Wolf of War Street and War Dogs, American Made is a film that certainly could have dug for a deeper message, but delivers plenty of fun while it romps in the shallow end.