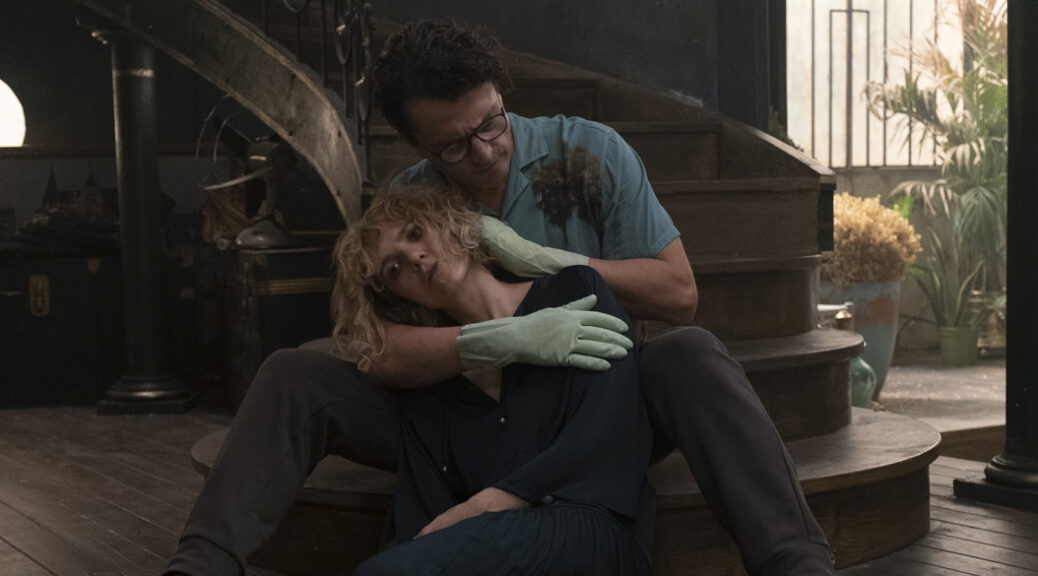 The narrative, design, and dialogue take an orbital back seat to the shining star of the three lead actors. Caprino plays his all-encompassingly chilling and charming stranger with incredible poise. Filippi rips sympathy and disgust from audiences’ chests. Meanwhile, Pesce embodies the complexities of estrangement. Lodovichi’s talent at drawing a fully realized performance from his actors within their first moments on screen is delightfully wrenching.

Often, even for the most supposedly refined film viewers amongst us, foreign films can leave a gap in performance recognition for American audiences. The Guest Room does not allow for that gap. The marriage between written word and actors is among the most powerful foreign film experiences a viewer can have.

The film’s primary issue comes from its obvious change of tonal heart. It does well to establish itself quickly and efficiently as a grounded, eerily dark drama. Its initial turn into horror remains grounded. As the plot builds, a need for realistic reasoning behind the inevitable twist reaches a fever pitch. It’s here we take a sharp turn into a more fantastical, almost supernatural element, leaving audiences reeling from genre whiplash. This, unfortunately, muddies the ever-important twist and resolution.

Overall, The Guest Room’s mind-bending performances and uneasy plot make for a whirling 86 minutes. If audiences can swallow the motion sickness set on by genre-defying twists, they will be strapped in for a film they won’t soon forget.