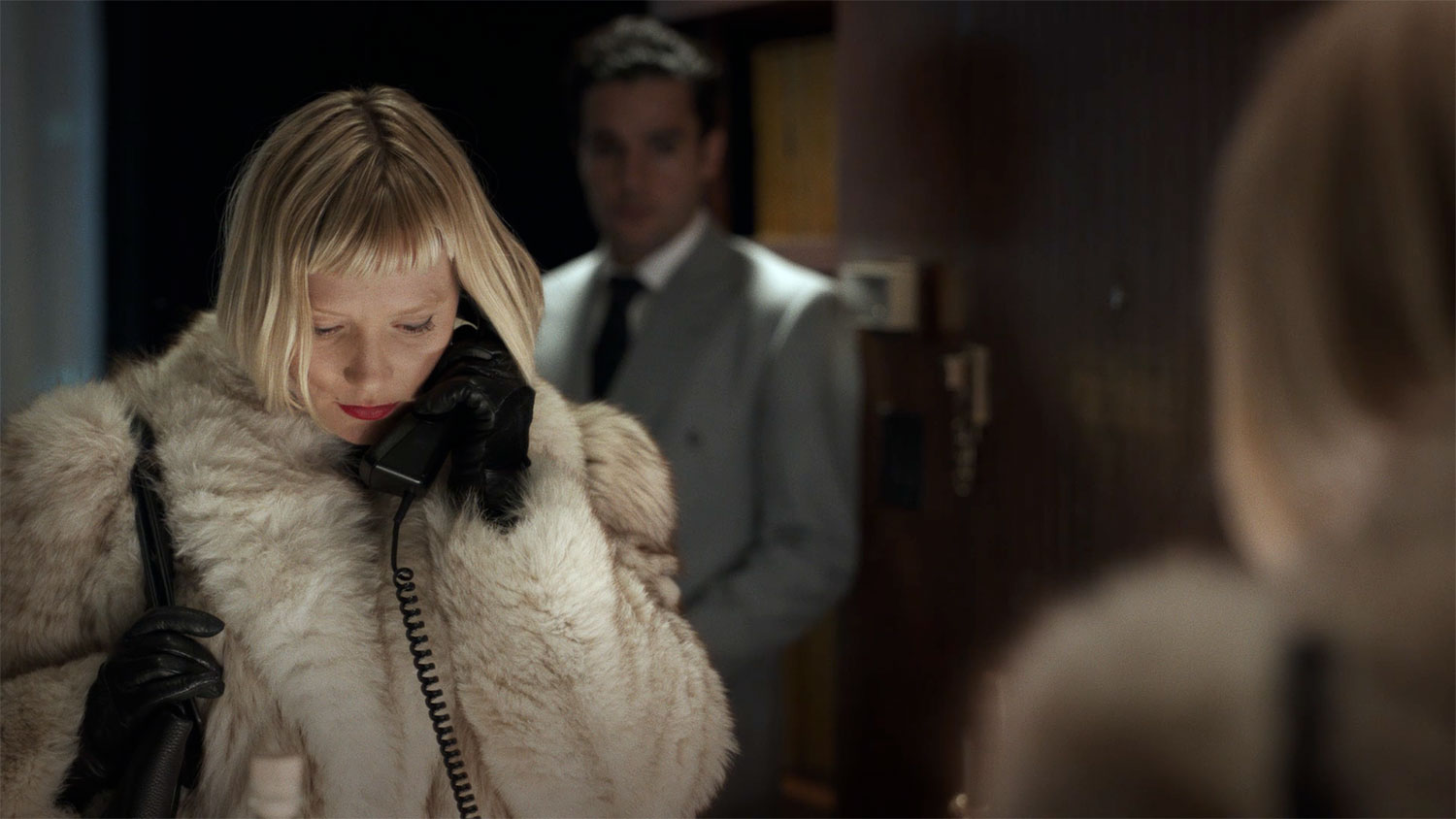 There’s a lot that shouldn’t be said about Piercing, Nicolas Pesce’s follow up to his glorious 2016 horror, Eyes of My Mother.

Because the film’s tension relies on power exchanges, surprises and averted climaxes, the less you know about how the story progresses, the better.

Suffice it to say that new father Reed (Christopher Abbott), fighting a serious urge to stab his infant with an ice pick, concocts a plan. It involves that ice pick, a “business trip” out of town, and a prostitute (Mia Wasikowska).

The amateur murderer works out the perfect crime, practicing conversations and actions (decorated by Pesce’s remarkable knack for unsettling sound effects), only for the cosmos—or the filmmaker—to wreck those plans.

Abbott’s flat yet sympathetic would-be murderer helps Pesce achieve a peculiar, semi-comic tone, but it’s Wasikowska, playing wildly against type, who carries this film. The two share a mad and maddening chemistry, and even during moments of somewhat forced dialog, their commitment and spark keep you enthralled and guessing.

The film is an exercise in thwarted expectations wrapped up in voyeurism and lurid imagery.

This drunken meandering through styles fits the narrative that forever questions the reality or unreality of each situation. Like the cityscape miniatures Pesce uses as the adventure’s out-of-town backdrop, Reed’s whole experience could simply be cool -looking but pretend.

Are those flashbacks or nightmares? Does Reed have a haunted past leaking its way into his present, or is he simply a psychotic hoping to overcome his problem by submitting to it just this once?

Pesce toys with our commitment to Reed’s reality, questionable from the moment his infant halts a crying jag to tell his father, in a demonic voice, “You know what you have to do.”

It’s not a film that will satisfy a lot of viewers, it’s more of a fascinating and forgettable sketch. Still, at under 90 minutes, it’s a weirdly fun little indulgence won’t hurt you. Well, not too much.