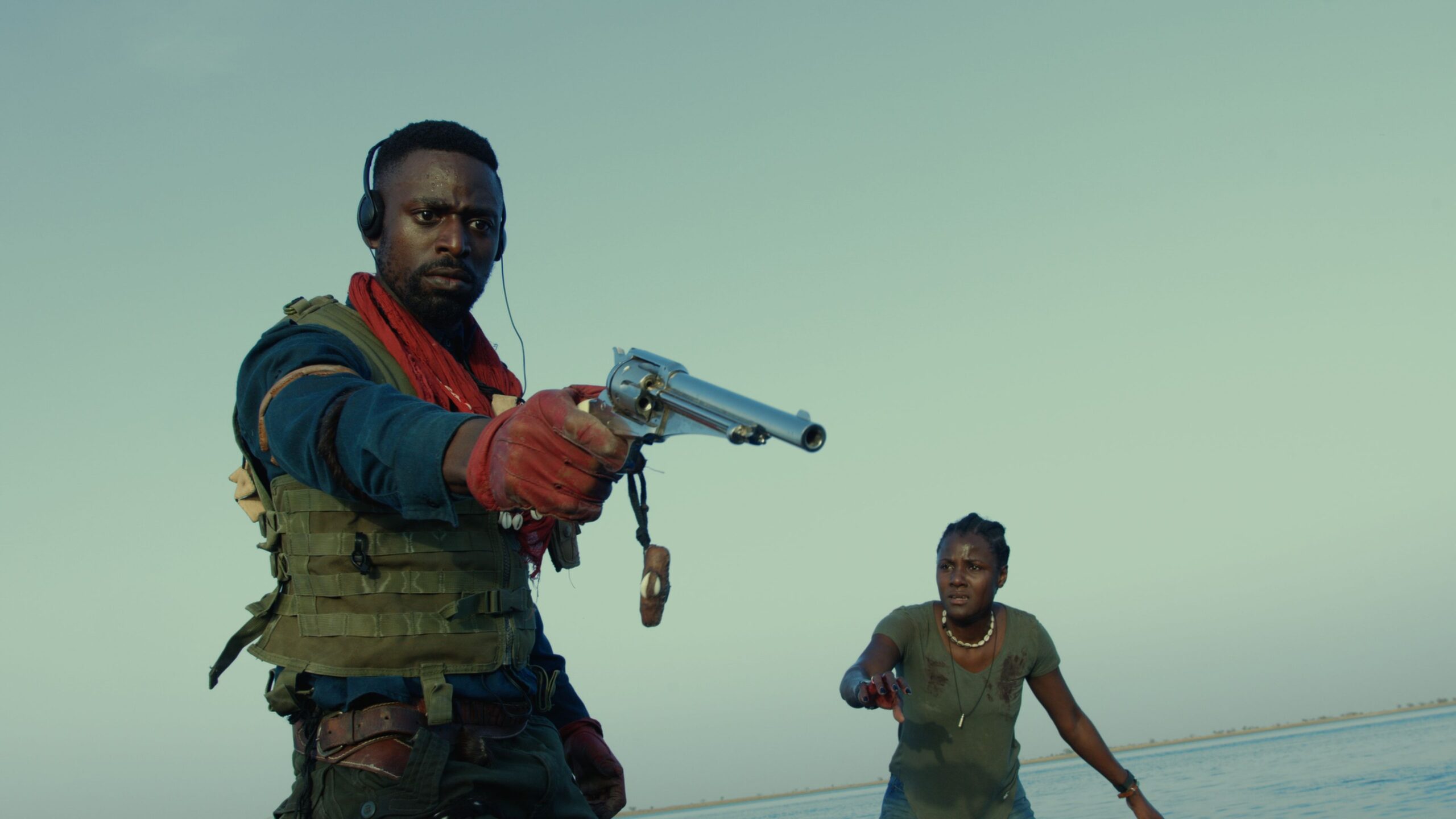 There is no denying the stylistic mastery of Jean Luc Herbulot’s Senegalese horror Saloum. An opening voice-over describes revenge as a river that eventually drowns you, but a wise viewer will follow Herbulot’s current because this film knows where it’s going even when you don’t.

We open during the 2003 coups in Guinea-Bissau. In an incredible shot down an alley of endless bodies, we first meet three hooded men. These men are mercenaries, Bangui’s Hyenas, and they’ve come to extract a drug dealer from the dangerous city. But his escape goes south and soon Chaka (Yann Gael), Minuit (Mentor Ba) and Rafa (Roger Sallah) find themselves hiking across deserts, boating through winding waters, and laying low in an unusual little hideaway near the delta in Senegal.

Already we’ve gone from war movie to crime thriller to Western, and we’ve barely exited Act 1. Act 2 will float between mystery and revenge thriller before Herbulot finally embraces the supernatural horror we realize has been bubbling just beneath the surface all along.

A trio of fascinating performances keeps your eyes fixed on the Hyenas. Gael’s unreadable, unbreakable smile hides true intentions, charms and terrifies depending on the scene. Ba’s mystic/elder statesman helps the film transition from one subgenre to the next and gives the trio a center. Meanwhile, Sallah’s explosive Rafa is a constant surprise.

Gregory Corandi’s cinematography conjures each new genre beautifully without creating abrupt leaps from one to the next. Colors are amazing, vistas are both beautiful and dangerous, and there’s always movement just beyond where you look. Western slides into thriller, which bends toward horror, the popping action the one constant through the entire running time.

Herbulot splashes his cinematic influences across the screen: Leone, Woo, Peckinpah, Tarantino (whose own style amounts to a concoction of the previous three). It’s a heady mix. It’s not style over substance, although the style does draw attention away from the film’s weaker elements. Instead, it’s the calling card of a filmmaker leaving his mark on genre filmmaking.