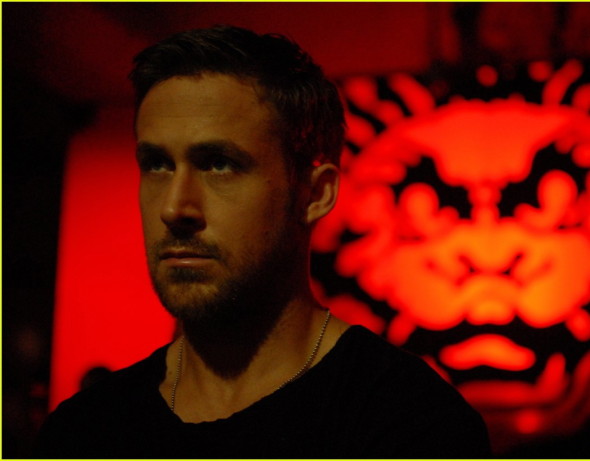 Writer/director/Dane Nicolas Winding Refn’s follow up to the magnificent Drive drops viewers in a Bangkok straight out of Dante’s imagination for a revenge thriller like few others. It’s Only God Forgives, and love it or hate it, you will be amazed.

Julian (Ryan Gosling) finds himself obliged to avenge his brother’s murder. Problem is, his brother was a very nasty man. But Julian’s mom wants vengeance, and Julian’s mom (Kristin Scott Thomas, as you have never seen her) is much, much worse.

It’s a slight premise. What’s more, the characters are profoundly one-dimensional, the dialogue is borderline nonexistent, and what verbiage there is will hardly stick with you. Plus, Winding Refn’s pacing makes the slow boil of Drive look like a madcap romp – all of which feeds into the trancelike quality that makes the film so unusual.

Only God Forgives is a nightmare in red. The tale unspools as if you are inside a dream, saturated in colors and patterns and flowing into ever darker and more awful areas of Julian’s mind.

The filmmaker channels Lynch and Kubrick, but crafts something undeniably his own. Few directors are so bold with color, and he’s an absolute madman with score. For this, his ninth film, he strips away the more traditional elements of storytelling to rely on the image to affect us. Given the vulgar themes and percussive violence, it may not be an image you want, but it is never less than mesmerizing to look at – every shot a brutally gorgeous image.

Gosling’s strong, silent smolder is on high in this one, but it’s the always formidable Kristin Scott Thomas and her unsavory cruelty who steals the picture. It’s unlike anything she’s done in the past, perhaps because it’s unlike any other part out there. And a bad mom will fuck you up, I’ll tell you what.

These are bad people, all of them, with nasty business to attend to.  Awash in righteous indignation, defilement and spoiled masculinity, the film is little more than a dream sequence of death. The battle is not good versus evil, though, because Officer Chang’s (Vithaya Pansringarm) tidy, tight-lipped sadism shows no moral justification.

Only God Forgives is not a film for the squeamish, the impatient, or the sleepy – as the deep and hearty snores from the seats behind me attest. Too bad, because they missed one wallop of a movie.