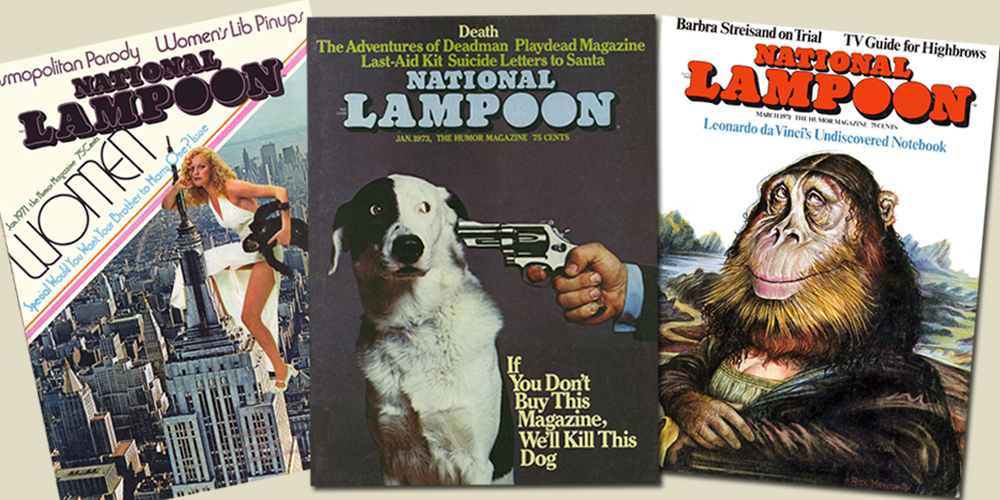 Drunk Stoned Brilliant Dead: The Story of the National Lampoon

If you only know National Lampoon as the two words that came before “Animal House” or “Vacation,” director Douglas Tirola has many stories for you.

His documentary Drunk Stoned Brilliant Dead: The Story of the National Lampoon, opens your eyes to the star-studded journey that turned a college parody magazine into what Judd Apatow calls “the Muhammed Ali of modern comedy.”

It all began at Harvard in the late 1960s, when students Doug Kenney, Henry Beard and Robert Hoffman were the editors behind a parody of Mademoiselle magazine. More successful parody issues followed, until Kenney and Beard got the backing they needed to make their Harvard Lampoon a national publication.

By the early 70s, National Lampoon was an important counterculture voice, remembered by John Goodman as being “sharp, crystal clear, and above all, funny,” while Kevin Bacon recalls seeking out the magazine for one reason: “breasts.”

Tirola, who also co-wrote the film with acclaimed writer Mark Monroe (The Cove, Sound City), has a good sense of how to use the goldmine of archival footage he’s assembled. As the National Lampoon brand expands to stage shows, radio hours, albums, a production company and movies, there are priceless never-before-seen clips of John Belushi, Bill Murray, Chevy Chase, Gilda Radner, Harold Ramis, Christopher Guest and more, all years before stardom.

But beyond a greatest hits collage, Tirola’s main focus is the print version, and the behind-the scenes frenzy that led to touching a nerve in an era where “people defined themselves by the magazines they read.” Valuable first-person interviews are included, as well as numerous scrapbook-style images and animation showing how the spirit of National Lampoon influenced popular culture from attitude to advertising.

More movie clips would bring more hilarity, but DSBD is still plenty funny while being infinitely informative. Brisk, energetic, nostalgic and, yes, tragic, it’s a fitting ode to a groundbreaking bunch of misfits.