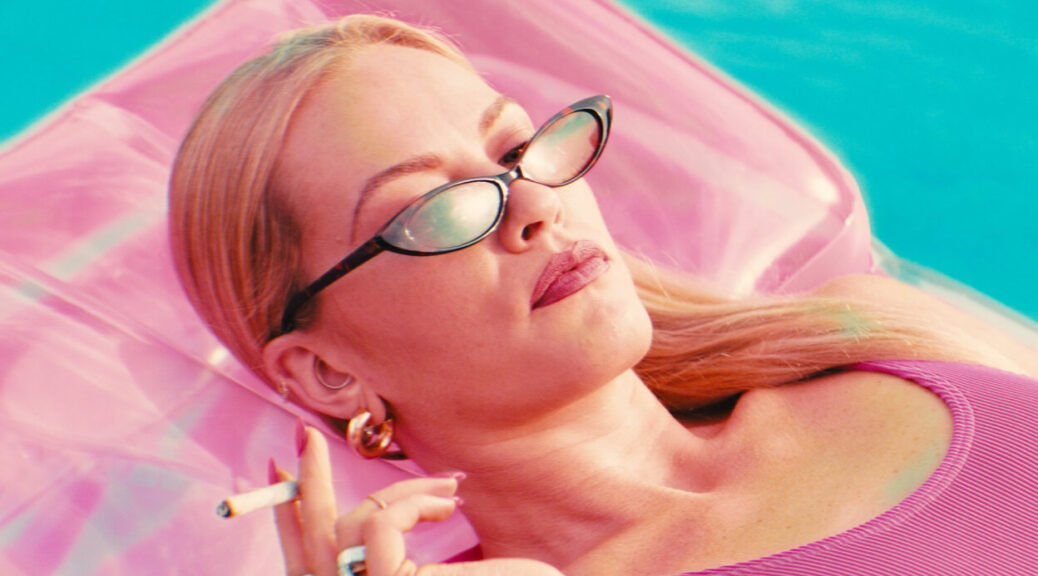 It’s got a little Brian Yuzna, definitely some Larry Cohen, a touch of Eraserhead, and the exact set of Revenge. Plus, sci-fi/horror flick The Seed maintains maybe the single most used premise of the last few years: three friends rent a place to stay and bad things happen.

There’s nothing necessarily wrong with that. A small cast and limited locations are just smart plays for an independent filmmaker working with budget confinements, and there are moments when writer/director Sam Walker transcends such trappings.

It’s gorgeous, but now their phones are on the fritz, which means they can’t call an uber or get in touch with civilization at all. Worst of all, there’s some stinky dead armadillo bear thing oozing all over their pool deck.

There’s no question Walker is a fan of late 80s horror. The social media angle is the only element of The Seed that feels like it wasn’t hatched in 1985, actually. Walker goes for a sharpness in the color that does call Yuzna to mind, and attempts at social satire by way of body  horror link Cohen as well.

Walker just doesn’t seem to know where to go with it all.

Martin does. She elevates tired mean girl dialog and cuts an exceptional narcissistic presence. Both she and Vavasseur find the comedy in the script, and their bickering buddies often entertain.

Edge is the weak link, which is unfortunate because – given the 1980s roots and the wholesome character – she’s telegraphed early to be the film’s hero.

The fact that The Seed is set in the exact house Coralie Fargeat used to gorgeous, bloody extremes in her 2017 treasure Revenge only makes you want to see Walker do more with his location.

So little about this film feels fresh and that retro vibe only carries it so far. The beast itself is sometimes laughable, but not often enough to be fun, which is par for the course with the film. Walker wades into dark comedy/satire territory for the first two acts, then abandons it entirely for a dusty, predictable, humorless finale.