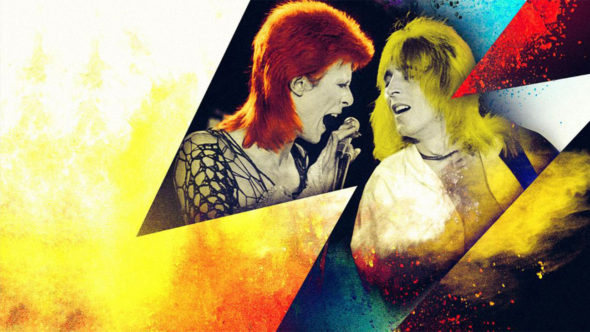 Beside Bowie: The Mick Ronson Story

The last several years have seen a bevy of documentaries aiming to shine a light on musicians never given their due. From the backup singers in 20 Feet From Stardom, to the session musicians in The Wrecking Crew and Standing in the Shadows of Motown, and even the managers in Supermench and Lambert & Stamp, we see great artistry from talents who never became household names.

Classic rock enthusiasts may already know the name Mick Ronson as one of the original Spiders from Mars, but Beside Bowie pushes him out from the shadow of Ziggy Stardust. Director Jon Brewer makes an effective case for “Ronno” as the catalyst for Bowie’s harder-edged sound and a gifted, under appreciated producer/arranger for various other artists, most notably Mott the Hoople, Lou Reed and John Mellencamp.

Brewer, a music business and documentary veteran, weaves interviews, voiceovers and some nifty historical footage to paint Ronson as a somewhat casual genius who had little inkling of how much his “melodic and ferocious” playing would impress the young David Bowie in need of  a new guitarist.

Though the “Ziggy and the Spiders” phase would last a mere 18 months, its influence is still felt today, a result of Bowie’s legendary pivot from the “acoustic glam” of Hunky Dory to the hard-driving sound of Ziggy. The inspiration for that shift, according to Brewer and the succession of musicians he interviews, was Ronson.

Perhaps understandably, much of the film’s early going leans more Bowie than Ronson, but the most effective moments come later, when Brewer slows down long enough to clearly illustrate Ronson’s insightful contributions to iconic music.

Lou Reed listening to isolated instrumental tracks from his Transformer album (produced by Ronson and Bowie), Ian Hunter remembering how Ronson helped save Mott the Hoople, or Mellencamp crediting Ronson for the arrangement that made Jack and Diane a smash all add needed layers that resonate beyond the usual rock cliches.

The lack of any recent perspectives from Ronson, who died from liver cancer in 1993, is sadly evident, but Beside Bowie still succeeds in its mission: elevating the status of a talent that has long deserved elevating.