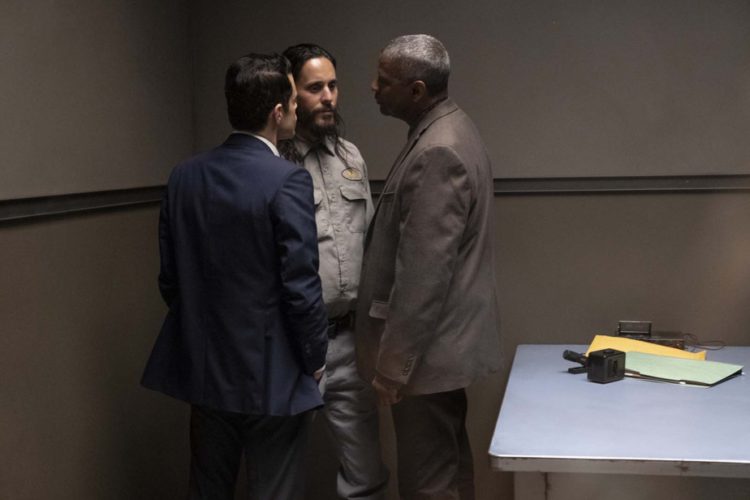 When you see a film whose plot synopsis exactly mirrors hundreds of other movies, it is the little things you have to look for to set it apart.

Writer/director John Lee Hancock’s The Little Things introduces plenty of those small details: a massive cross high in the Hollywood hills, a gun casing, a barrette, a radio station, a dog. Like the 1990s setting, though, they mostly amount to little more than understated flourish.

Hancock (who wrote and directed The Blind Side, but I will try not to hold that against him) introduces two cops. One, Deke (Denzel Washington, always a pleasure), is a Kern County sheriff’s deputy with bad blood back in LA. The other, Baxter (Rami Malek), is a climbing homicide detective hot shot in the big town.

When Deke is sent to the city to retrieve some evidence for a county case, Baxter inexplicably pulls him into a serial killer investigation, and there you have it: haunted veteran cop, ambitious newcomer, cold blooded killer (who may or may not be Jared Leto).

Again, that barebones description could be about 300 movies and TV series, including Netflix’s current true crime mini The Night Stalker (who is mentioned once during this film). How to elevate it?

Well, four Oscars among your three leads is a start. Perhaps that’s why this police procedural turns character study so quickly.

Washington’s worn out crime fighter offers a low key emotional center, which is a needed respite from the odd Baxter. Malek’s characterization of the by-the-books half of this duo is curiously manic, and Hancock spends frustratingly little time digging into Baxter’s motivation. Still, Malek and Washington offer quick chemistry that gives their scenes some depth.

Leto delivers a characteristically tic-heavy performance—perhaps also a tad overdone. Both he and Malek help generate a little energy with their accumulated weirdness, but it’s not enough to overcome the film’s general lack of momentum or purpose.

It doesn’t help that the color, period and low boil bring to mind two wildly superior Fincher efforts—Seven and, even more clearly, Zodiac. And however competently made (and it is) or impressively cast (obviously), The Little Things just can’t distinguish itself from the pack.