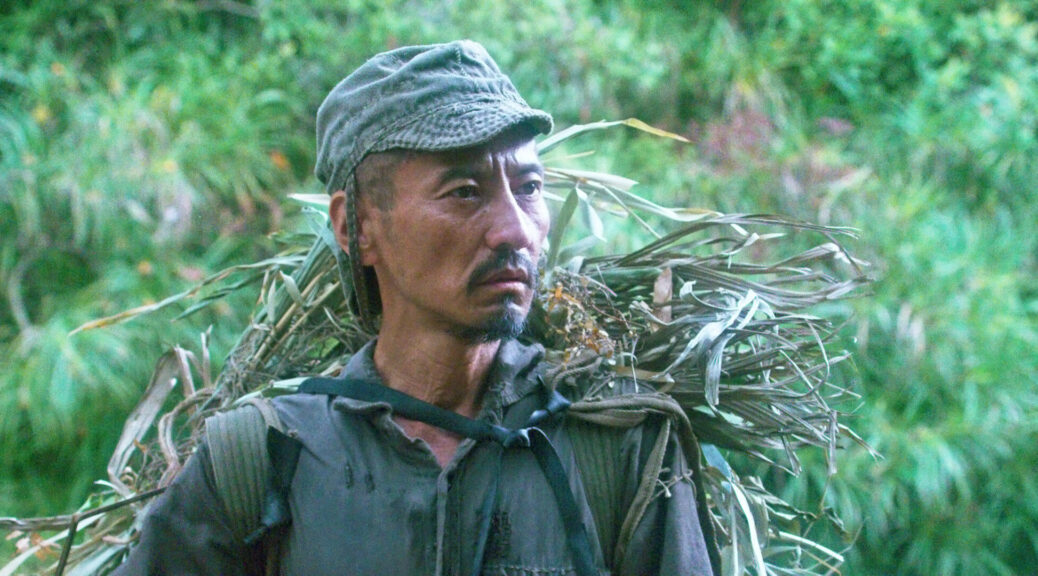 In 1974, Hiroo Onoda found out World War II was over and that he could return to Japan from the Philippine jungle where he’d been hiding since 1944. This is true. This happened. And it feels like such a tragic squandering of a lifetime that you almost have to cling to the absurdity of it, make it a joke.

Instead, French filmmaker Arthur Harari mines Onoda’s story to examine the more universal if romantic theme of finding meaning in your own life.

Across nearly three hours we travel with Onoda, from the drunken dishonor of his recruitment – he’d been rejected as a pilot because he was afraid to die – through the training that would make him believe in his singular mission, on to that mission and the decades of reimagining reality to create something in keeping with that mission.

Harari’s film glides easily from war story to survival tale to odd couple bromance, each shift marking a passage of time and a new reality for Onoda.

Almost immediately upon landing in the Philippines, Lubang Island fell to the Allies. Onoda, a novice intelligence officer, convinced six men to remain with him rather than surrendering, assuring the troops that their mission was to regain control of the island no matter the circumstances.

Hiroo Onoda – as portrayed in youth by Yûya Endô but in particular in mournful old age by Kanji Tsuda ­– is a mixture of sorrowful elegance rarely depicted with such humanity in a war film. The vulnerability both actors bring to the role creates a soldier worthy of empathy rather than mockery.

Onoda’s second in command, Kozuka – whether played in youth by Yûya Matsuura or in maturity by Tetsuya Chiba – becomes the bold and tender heart of the film. Passionate and foolhardy, he’s a wonderful counterpoint to Onoda’s quiet discipline. Both pairings of actors create compelling rapport, but Tsuda and Chiba are especially heartbreaking.

Eventually, of course, Onoda is found. A tourist of luxurious means (Taiga Nakano) put finding Onoda on his list of must-dos, right up there with finding a Yeti. Once found, the tourist’s flippant privilege in the face of Onoda’s unimaginable loss and confusion perfectly encapsulates the shift in cultural ideals and the sheer self-congratulatory idiocy of the 1970s. But with limited screen time, Nakano acquits his generation nicely.

Harari’s film is lovely, heartbreaking and respectful. Onoda becomes not just an anomaly, an oddity, but an image of a generation lost and a promise forgotten.