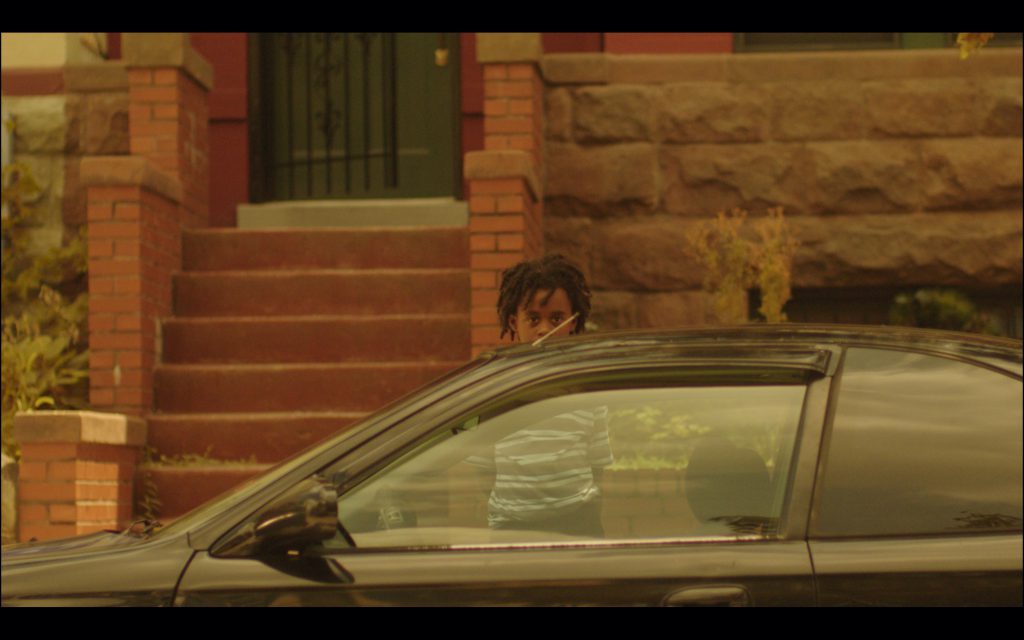 Residue begins as a wry bayonetting of gentrification, but the film slowly unfolds—languidly, and then with a dizzying crescendo—into one of the most powerful films to come out this year.

Director Merawi Gerima’s confident debut traces summertime in a fast-changing D.C. neighborhood, where the new white arrivals don’t so much coexist with the area’s long-time black residents as much as they pursue parallel existences. For one group, the area is the latest in affordable rentals.

But for Jay (Obi Nwachukwu), Q Street is home. Or was home, before Jay moved to California. Now grown and an aspiring filmmaker, he decides to visit his parents and childhood friends to collect material and, in his words, “give a voice to the voiceless.” (Gerima himself is a D.C. native who moved to California for film school.)

Not all of Jay’s friends welcome him back with open arms though. As Jay reconnects with friends— some still in the same house, others in prison or dead—he is reminded, forcefully, that the white speculators buying up investment properties and yuppies blissfully smoking pot without fear of long prison sentences (or worse) aren’t the only ones taking advantage of Q Street.

Gerima’s critiques are unsparing, but his direction is achingly beautiful. It’s a mournful sort of beauty—Jay’s washed out recollections of summer in the District, where the sounds of children yelling, fireworks and go-go beats take on a physical texture, only drive home how rootless everything is in the present.

As Jay lapses in and out of these reveries and confronts what has replaced them, elegy turns to horror. There’s a creeping dread with every new encounter, and we’ve seen enough videos on social media this year alone to know that there can be as much danger in Jay’s exchanges with police as with a dude named Josh.

When learning of Jay’s motivations, one of his old friends simply replies, “Who’s voiceless?” Gerima lets Residue speak for itself, an essential statement not just on everything happening right now but on film and art.