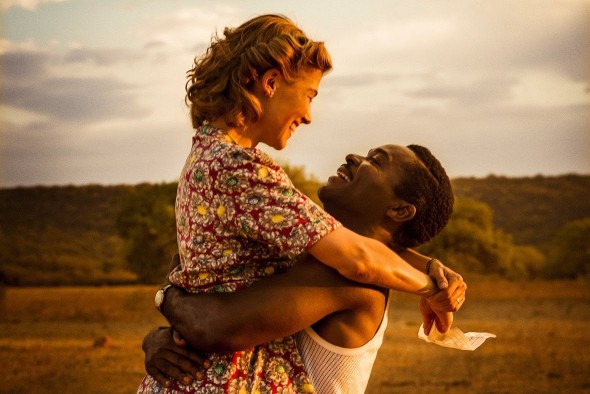 Last year, Jeff Nichols’s Loving quietly observed the bond between Mildred and Richard Loving, a married couple whose union eventually brought down miscegenation laws in the US.

A United Kingdom, Amma Asante’s follow up to her 2013 historical drama Belle, treads similar waters. Like Loving, this is the true story of an interracial marriage with profound social and political impact.

Rejected by her family and his, the couple then faced opposition first from Khama’s people, then, more sharply, from the British government working in collusion with apartheid-riddled South Africa.

What Asante’s film lacks is Nichols’s observational style, one that trusts the story and the actors to draw an audience in. Asante too often tells the audience how to feel with a leading score and disruptive camerawork.

The filmmaker and her cast have a lot of ground to cover, and though Asante’s glimpses the budding romance quickly enough to induce whiplash, her instincts are strong when it comes to handling the drier political wheeling and dealing that sought to keep the newlyweds separate.

David Oyelowo’s performance cannot help but conjure memories of his outstanding turn in Ava DuVernay’s 2014’s masterpiece, Selma. As he did in his portrayal of Martin Luther King, Oyelowo gives Khama tremendous presence. He is thoughtful, wise, compelling, charismatic yet human – exactly the kind of person who could lead a nation to democracy.

As Williams, Pike presents a believable mix of self-assuredness and self-doubt. In her hands, Ruth is elegant, humble and in love.

Luckily for Asante and the film, Oyelowo and Pike share so bright an onscreen union they overshadow most of A United Kingdom’s faults. They do seem very comfortably in love. So much so that it is impossible to accept that anyone – let alone three entire governments – felt the need to force the two apart.

While far from perfect, A United Kingdom gives you reason to applaud, to feel good, and to hope. That may be enough.

← I Hurt Myself Today
Lonely is the Night →
Scroll Up