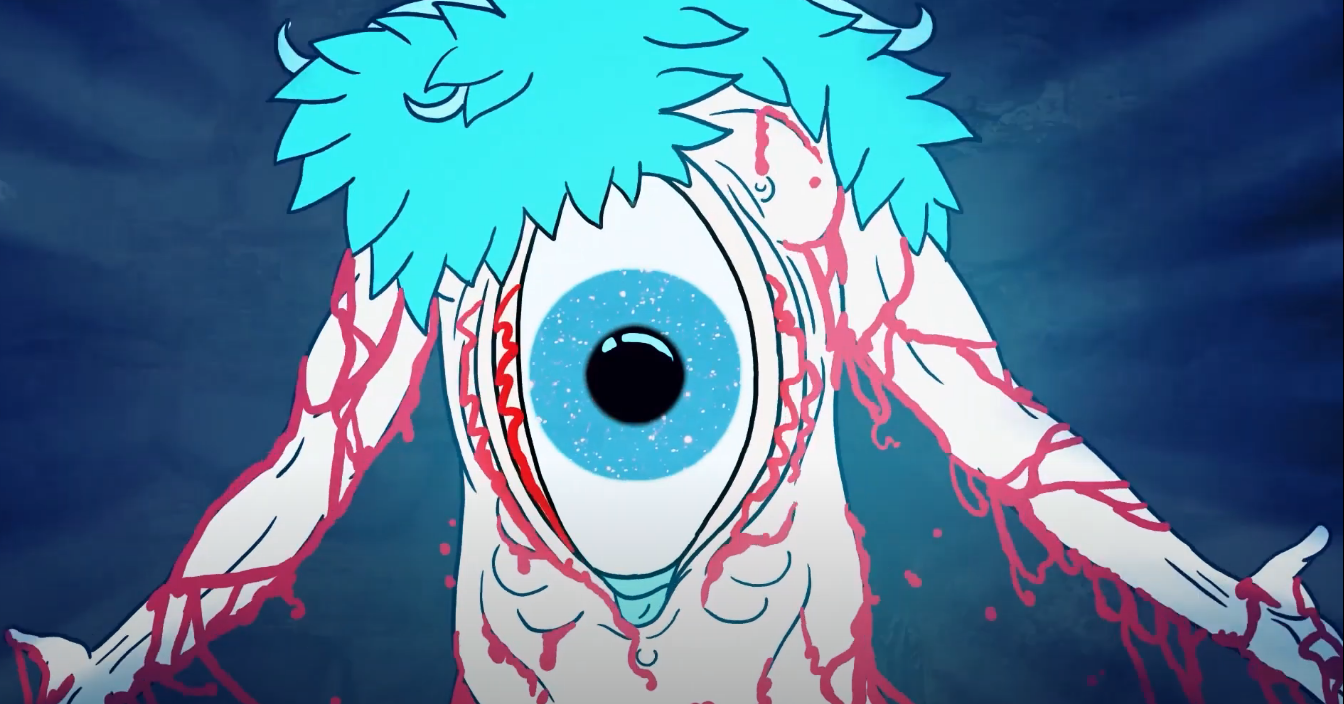 The Spine of Night

The Spine of the Night is a rotoscope-animated feature that presents a pseudo-H. P. Lovecraft story of humanity’s cosmic insignificance in the visual style of a higher-budget He-Man cartoon.

The film is mostly the backstory of a formidable, almost-naked, swamp queen who has trekked up the face of a mountain. She’s come to swap tales with a Guardian sworn to protect humanity from confronting its own vulnerability in the face of a vast and indifferent universe.

He’s guarding a blue flower that makes folks trip balls and contemplate the cosmic void. But a seed got away from him and floated to the fertile earth of the swamp. With the knowledge of the void comes magic power.

And humanity’s quest for this power has caused no end of trouble.

Like Lovecraft’s stories, the Spine of the Night has a slow, dreamy pace. The art style pays homage to the otherworldly and provocative covers of vintage pulp fantasy/horror novels, but with a welcome understanding that not all women are proportioned like Barbie dolls, and with more diversity in the race/ethnicity of its characters.

The theme of humanity’s fragility is underscored in the movie’s violence. Skin parts and limbs break off with the ease of a tortilla chip placed under the pressure of a slightly viscous dip. Viscera are just waiting to pop out of the body’s private cavities like trick snakes in a can of faux potato chips. People are cleaved in half.

Writer/directors Philip Gelatt and Morgan Galen King have assembled a roster of voice talent that helps bring the characters to life. Is there a better choice to play a badass swamp queen who is impervious to frostbite than Lucy Lawless? I don’t think so. Joining Lawless are Richard Grant as the Guardian, Joe Manganiello as the beefy soldier Mongrel, Betty Gabriel as a warrior-librarian, and Patton Oswalt as the whiny and entitled Lord Pyrantin.

As a child of the eighties, I was left feeling swaddled in nostalgia by Spine of the Night, wanting to pair it with some cozy PJs and a bowl of sugary cereal.