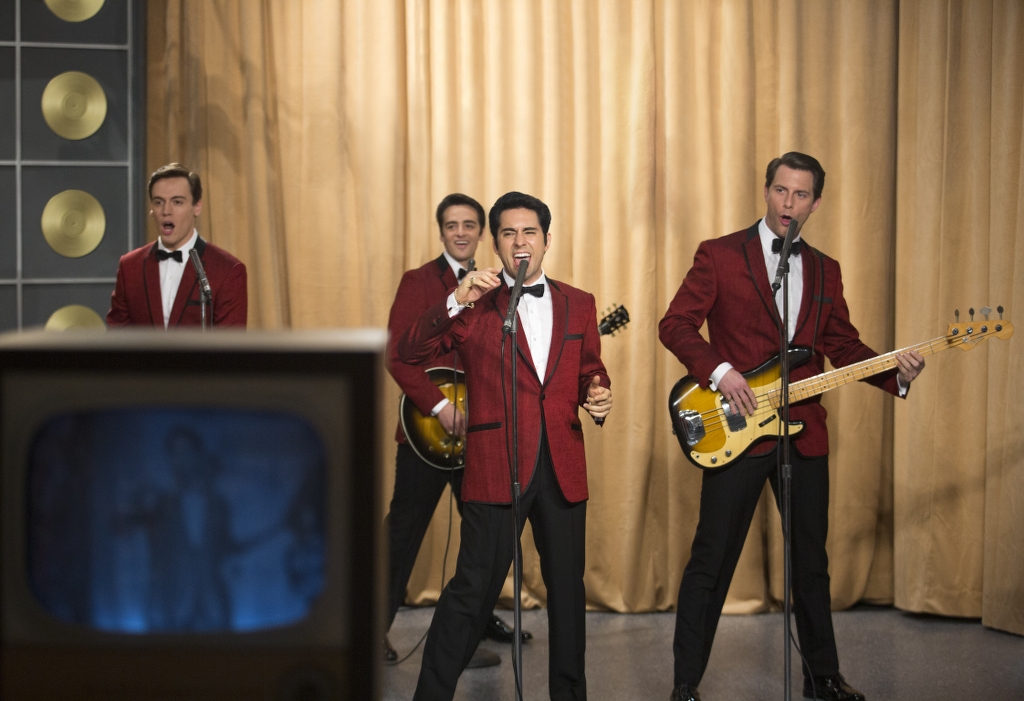 The end credits in Jersey Boys roll over a musical number that bursts suddenly with toe-tapping exuberance. While it’s a fine way to send an audience home smiling, it’s also an unfortunate reminder of one of the elements missing from the previous 130-odd minutes.

Director Clint Eastwood’s film version of the Tony award-winning tribute to the Four Seasons ends up caught in an awkward space between stage and screen. Either Eastwood had too much reverence for the source material, or too little concern for what differentiates successful projects on stage and on film.

Eastwood stocks the cast with stage veterans, starting at the top, with John Lloyd Young reprising his award-winning Broadway role as lead singer Frankie Vallli. Valli has one of the most unique voices in pop music history, and though Young can’t match it, he comes impressively close.

Still, the musical numbers are strangely lacking in punch. Though the songs are instantly recognizable, the performances are filmed with a detached, esoteric quality, lacking the period authenticity of Alison Anders’s Grace of My Heart or the joyous fun of Tom Hanks’s That Thing You Do.

Screenwriters Marshall Brickman and Rick Elice adapt their own musical book with a condensed version of the Rashomon-style storytelling utilized on the stage. Group members Tommy DeVito, Nick Massi, Bob Gaudio and Valli still offer conflicting, first-person views on their shared history, but the melodramatic tone mutes any possible resonance.

Many of the performances seem equally forced, as Eastwood can’t get the theatre-trained actors to dial it down and realize they no longer need to emote for the folks in the back row.

Eastwood does make the effort to include his requisite nods to Catholicism, as well as cheesy in-jokes on actor Joe Pesci’s pivotal role in Four Seasons history, and the director’s own “spaghetti western” background.

Ultimately, the boy’s rise from petty criminals to Rock and Roll Hall of Fame members deserves better. Jersey Boys keeps their story at arm’s length, never bringing any intimacy or magic to the screen adaptation. It may well leave you humming a few tunes, but that’s about as deep an impression as it makes.