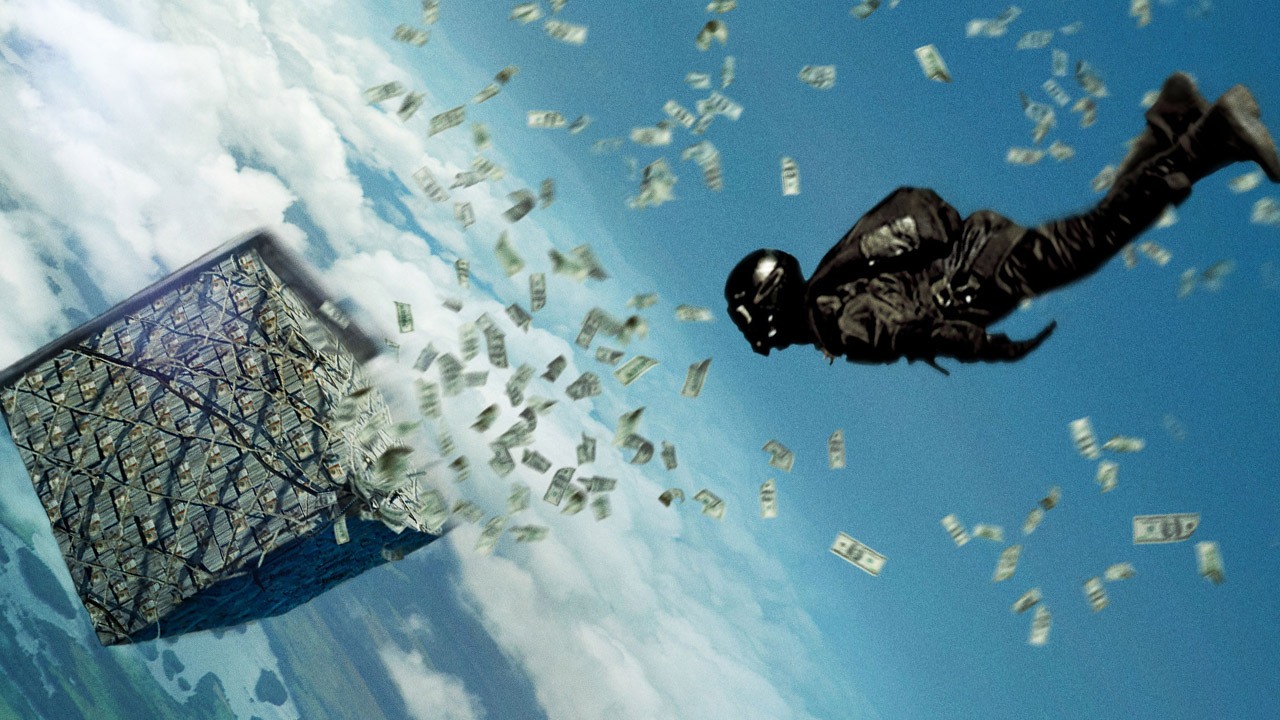 Just like a shiny new toy waiting to be unwrapped, Point Break is available for your viewing pleasure this Christmas Day.

Johnny Utah (yes, that’s still his name) was a YouTube phenom thanks to some extreme mountain biking and whatnot, but tragedy and guilt motivated him to change his life. One man-bun later, he’s a fledgling FBI agent with a nose for extreme sportsman heists.

Dude, I totally think those bank robbers are trying to perform the Ozaki 8.

Luke Bracey seems at times to channel Keanu Reeves, his predecessor in the rich and meaty role of Utah. Indeed, he boasts the sun kissed locks of a young Patrick Swayze as well as the utterly wooden acting presence of Reeves – quite a combination.

In the role of Jedi Master Bodhi is Edgar Ramirez, an actor who, in fact, has talent. You won’t see evidence of it here, though, as he struggles through dialog, such as, “All you see is lines. All we see is truth.”

Replacing the spunky Lori Petty in the role of Utah’s love interest is Teresa Palmer as Samsara. Look how adorably enlightened she is! She climbed a rock pile – yay!

But you don’t come to Point Break (either version) for the acting. If you can make it past the insufferable masculine posturing, the film looks great. Yes, the first two set pieces rip off the Mission Impossible franchise, with a little Fight Club robbery thrown in later, but who has time for originality?

The scenery is stunning, the stunts genuinely impressive, and Core is wise enough to limit dialog and plot to a minimum, allowing plenty of time for filling the screen with sky, valley, waterfall, and mountain top – you know, everything a real man conquers. For enlightenment.