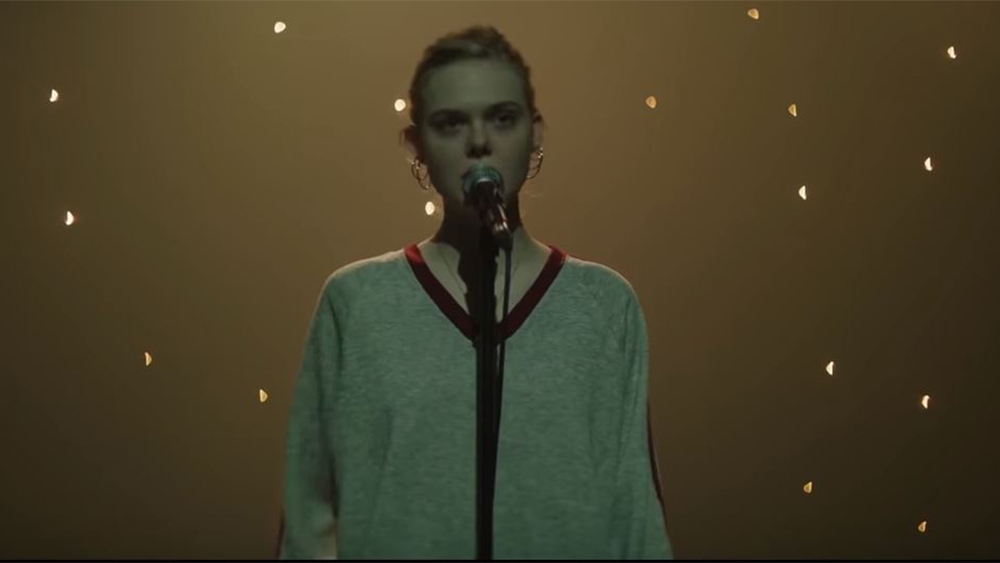 Three years ago, Elle Fanning starred in The Neon Demon, Nicolas Winding Refn’s take on the soul devouring business of show. She played an innocent hoping her natural talent would be enough to carry her far away from her one-horse town.

It’s a threadbare storyline and Refn couldn’t find the same inspiration that drove his earlier efforts Drive and Bronson to such dizzying heights. And yet, for its faults, The Neon Demon is a bold, imaginative and bracingly fresh take on a familiar song.

Minghella’s Teen Spirit sees Fanning as Violent, raw singing talent wasting away on the Isle of Wight. When an American Idol-style singing competition hosts auditions on the island, Violet sees her opportunity.

Awash in daddy issues, blatantly judgmental of showmanship (God forbid a girl wear makeup or wigs) and too dependent on Fanning’s mediocre voice, Minghella’s look at the dark side of the entertainment industry can’t find its groove.

Teen Spirit is not a complete misstep. Fanning’s acting is characteristically spot on. Rather than casting Violet as the bashful townie, Fanning presents a sullen, unlikeable character whose aloneness has as much to do with her own adolescent misanthropy as anything.

Equally appealing in his unappealing way is Zlatko Buric playing Vlad, the unsightly mess of a drunk that an underaged Violet drafts into posing as her guardian so she can audition.

The crusty sympathy the two form creates a welcome change to the ordinary—which is what the rest of Teen Spirit bathes in. Catty divas, soulless and posh record execs, temptation, disloyalty, pop songs—all of it’s here in some neutered form or other.

Teen Spirit not only plays like a toothless version of Neon Demon, it also bears an eerie resemblance to Leap, the 2016 animated adventure in which Fanning plays an orphan who longs to dance in the Paris ballet.