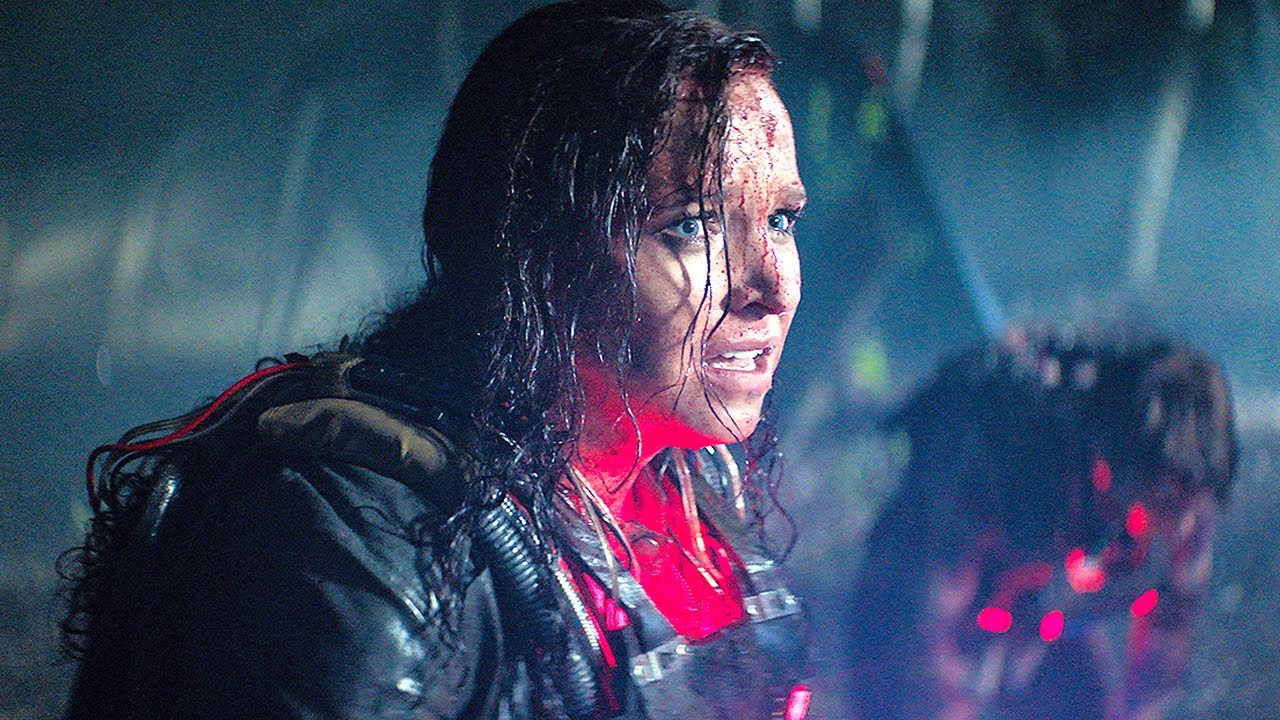 If you’re looking for a not-so-scary, violent, sort-of funny horror film this post-Halloween, Triggered might be for you.

Director Alastair Orr’s (Indigenous) latest effort starts with a violent opening, but quickly shifts focus to nine twentysomethings camping in a remote location in the woods. We learn this is a reunion of friends who were involved in a horrible event back in high school.

After a night of partying, the nine wake to find themselves hooked up to bombs, each with a countdown timer. As the friends learn the rules of the “game,” we suddenly find our characters locked in a Hunger Games-type situation. (There’s even a character named Kato.)

It’s hard to root for people fighting for their lives when none of them are very likable. It’s also nearly impossible to give the characters more than superficial identifiers (the smart one, the quiet one, the bad boy, etc.) when there are so many involved. However, the filmmakers do a good job of introducing them slowly over the opening scenes so we can better keep track of who’s who.

If you don’t remember their names, it doesn’t really matter. They’re pawns in a game, not people to care about. It’s a wise move, limiting the time spent getting to know the characters. It thrusts us more quickly into the “kill or be killed” situation, which is a lot more fun.

Some of the film’s jokes land, but most don’t, and it’s hard to build tension when so much of dialogue is a forced attempt at humor. There are a couple of lines that elicit a few good laughs, though. (“That’s the herpes talking!”) If you can ignore some of the weaker moments, you’ll be happier for it.

A few of the actors really get into their roles, bringing some entertainment value, but others play their parts without enthusiasm, clarifying an imbalance of talent among the nine.

There are few surprises in a movie without much imagination, so don’t expect too much of the revelations as they come – you’ll likely predict most of what’s going to happen before it happens.

However, it’s easy to have fun with this movie – as long as you check your expectations at the door.