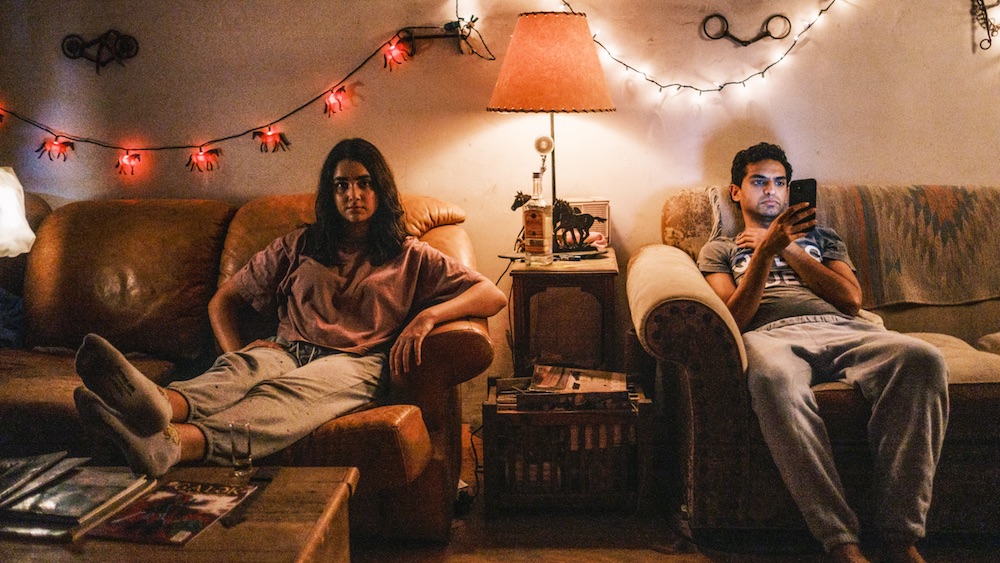 We likely have years of pandemic-related movies ahead of us. And while 2022 may seem a bit soon to look back on the early days of Covid-19 (much as this country seems ready to declare mission accomplished no matter what), here’s some good news: You’ll be hard-pressed to watch anything more winsome and heartening than Roshan Sethi’s 7 Days.

A pre-arranged first date in March 2020 between Ravi (Karan Soni, who also co-wrote the screenplay with Sethi) and Rita (Geraldine Viswanathan) goes for much longer than either one was expecting when Covid grinds the country to a halt. Unable to get back out of town right away, Ravi hunkers down with Rita.

As the world outside Rita’s house falls apart, the two opposites—traditional, marriage-minded Ravi and freewheeling, drinking and partying Rita—slowly get to know each other on a deeper level than their disastrous first meet-up.

Sethi’s romantic comedy might be the first to use shelter in place as a meet cute, but the film earns its medical bona fides. This is Sethi’s feature debut, perhaps because he is also a practicing oncologist who wrote on medical dramas while finishing Harvard Medical School.

The film is set not only in quarantine but almost entirely within the confines of Rita’s house—save the occasional video call for Ravi, who keeps to his arranged dating schedule even with Rita sitting just feet away. So it falls entirely on Viswanathan and Soni to make these people we genuinely want to be trapped with, even as their perfectly opposite foibles drive each other mad.

And sure, their relationship follows the usual romcom course. (No spoilers, but you will get an answer to the question of whether opposites attract.) But both leads bring an impressive level of charm and depth to their roles, with a chemistry that feels natural and earned even within the formula.

Ravi and Rita have more in common than they first think—not just their traditional families urging them to settle down, but also the struggle of forging their own identities and paths in life.

Of course, the shadow of Covid looms over all of their conversations, especially the early days when so much was unknown and a cough could be the harbinger of weeks on a ventilator—or worse. The way the film works these concerns into the third act is inevitable but no less affecting.

Nothing about the phrase “Covid romcom” should play out as well as everything does with 7 Days. For that alone, the movie is a surprising gem. But to also get an incisive look at love and dating, thoughtful cultural commentary and genuine laughs is a pandemic miracle.

One thought on “In Sickness and in Health”