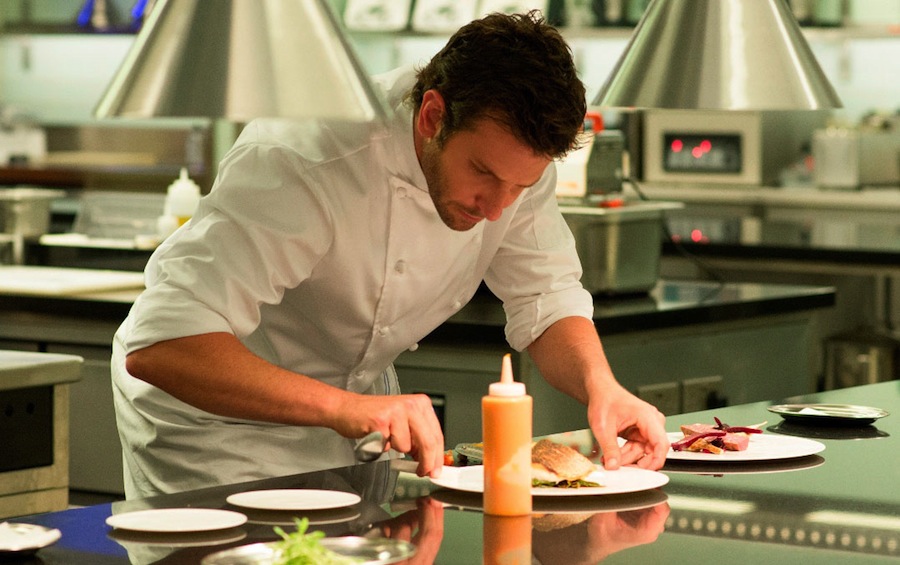 What was once Adam Jones is now Burnt, a film that, by any name, will quickly be forgotten.

Bradley Cooper stars as Mr. Jones, a once-respected American chef in Paris who lost it all to drugs. After getting sober and doing penance by shucking a million oysters in New Orleans (seriously, one million, he counted), Jones heads to London to round up old friends and get back on top!

Despite the gorgeously photographed cuisine, much of what Burnt serves up is strictly processed, pre-packaged and overheated.

Screenwriter Steven Weight sports an impressive resume (Locke, Dirty Pretty Things, Eastern Promises), which makes this clunky script a curiosity. Early exposition is hurried and obvious, where lines such as “But I said to myself, you’re a lesbian, so…” and “We were like brothers!” put characters in shallow, easily accessible boxes.

After a roundup of crew members (Sienna Miller, Daniel Bruhl) that comes dangerously close to the Blues Brothers putting the band back together, everyone falls in line with Jones’s plan for a posh new eatery and a wish to cook food that “makes people want to stop eating.”

Wait, wouldn’t that be bad for business?

Director John Wells (The Company Men) supplies montages aplenty along the route to a destination that is never in doubt. Jones hurls food, breaks plates and screams at his staff while battling demons and learning to look beyond himself.

It’s all mildly entertaining, but a waste of the talent involved. Cooper and Miller both dig in, their performances all the more impressive for how they in no way resemble the same humans who co-starred so magnificently in American Sniper just last year.

Mainly, Burnt feels lazy, as if a good character study was here at some point, but too many focus group edits whittled it down to something that doesn’t aspire past “good enough.”