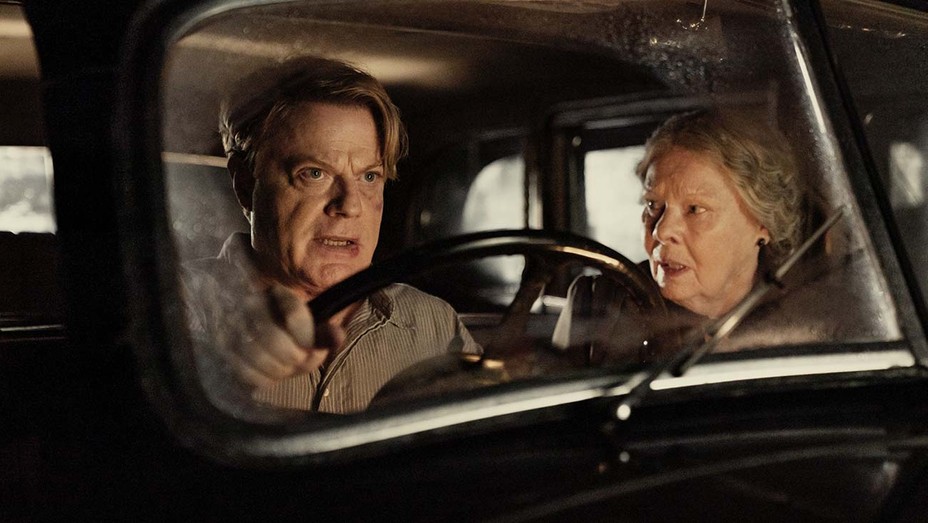 Eddie Izzard always brings an unexpected charm and wit to roles, most of which benefit from the surprise in casting. Shadow of the Vampire, several different Oceans movies, and the beloved Get Duked! come to mind.

Between those films and Six Minutes to Midnight, Izzard changed pronouns. (Go girl!) This is relevant only in that I will be referring to Izzard as she, regardless of the fact that she plays British intelligence agent Thomas Miller, a he.

Miller finds himself filling in as substitute teacher at the prestigious Augusta-Victoria College at Brexhill-on-Sea in England. It’s August of 1939, which means England is days away from being drawn into WWII, and the institution is a finishing school for wealthy German girls.

It was a real school, run with Nazi ideals. It went so far as to contain a swastika alongside the union jack on its official school logo and badge. The existence of this anomaly in British history inspired the screenplay by Izzard and co-star Celyn Jones.

The idea also drew a stellar cast including Judi Dench, James D’Arcy, Jim Broadbent and Carla Juri. Each member of the supporting ensemble offers a strong, sometimes unexpected performance in a film that feels intentionally stilted.

The physical difference between Dench and Juri matches their characters’ emotional gap, an excellent metaphor for the schism in the school itself. Darcy is much fun, and Broadbent is never less than wonderful, as you would expect.

Director Andy Goddard, who’s done a lot of TV, keeps the thrills intimate, using the coastal setting to create a sense of isolation. Goddard’s frequent collaborator Chris Seager lenses the film with a throw-back elegance that suits it.

What works best in Six Minutes is an understated theme of culture clash, and a reminder that England contained plenty of German sympathizers who felt the only opportunity to survive, should this war come, was to embrace the concept of hail to victory.

Izzard, unfortunately, doesn’t work as well. There’s a melancholy to the character that is effective, but as the central figure in a spy thriller, Izzard seems miscast. There is a great deal of running—so, so much running—which eventually comes off as comedic even when it should not.

The writing is often rushed and the plotting superficial. Goddard has trouble finding and sticking with a tone, and regardless of the time-bomb of a title, the film feels less like a mad dash to end a cataclysm and more like a series of bumblings that somehow turn out OK.

It’s not enough to ruin the effort, but it’s enough to keep Six Minutes to Midnight from leaving a lasting impression.