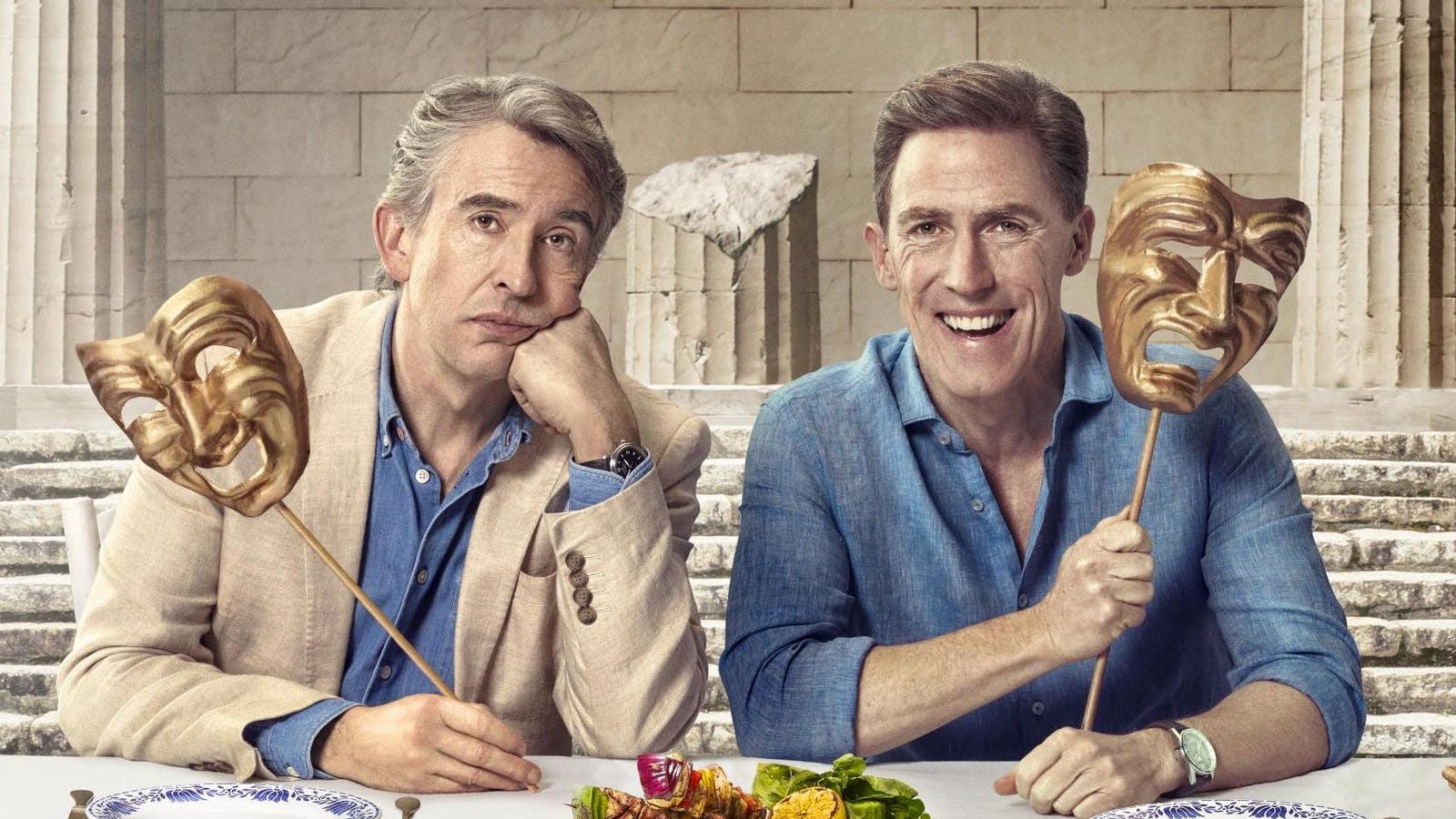 The Trip to Greece

“Exhausting? Me? You should meet you!”

Yes, the boys are at it for the fourth time on the big screen, enjoying exotic locales, savoring sumptuous cuisine, and critiquing the finer points of each other’s celebrity impressions.

Since taking The Trip around England ten years ago, Steve Coogan and Rob Brydon have also toured Italy (2014) and Spain (2017), reviewing restaurants and juggling their slightly fictionalized lives while director Michael Winterbottom documents it all.

This time out, they’ve also adopted more of an interest in history. They journey from Troy to Ithaca, following in the footsteps of the Odysseus, checking the tour book when they aren’t quizzing each other on historical timelines or Bee Gees tunes (Brydon’s bit with “Stayin Alive” is a scream).

The sarcasm is thick and the barbs sharp per usual, but while the overall hilarity level may be down a notch, this film boasts the most impressive vistas and enticing recipes of the entire series. Sure, it might be the quarantine talking, but less than an hour in I was ready to call either a travel agent or a Greek restaurant. Maybe both.

And in what might be a nod to the end of the franchise, the whiff of mortality pierces the air. Steve calls home often for updates on the health of his dad, and the levity of the “at our age” references carries an added layer of wistful resignation. You get the feeling these guys are finally giving up chasing youthful ghosts and embracing the time they have now.

These trips have always been about appreciating old friends, great food and often uproarious conversation. But while this isn’t the franchise high point, there’s a poignancy here in Greece, underneath Aristotle’s ashes and all the painful falsetto harmonies, that would make it the most satisfying finale.