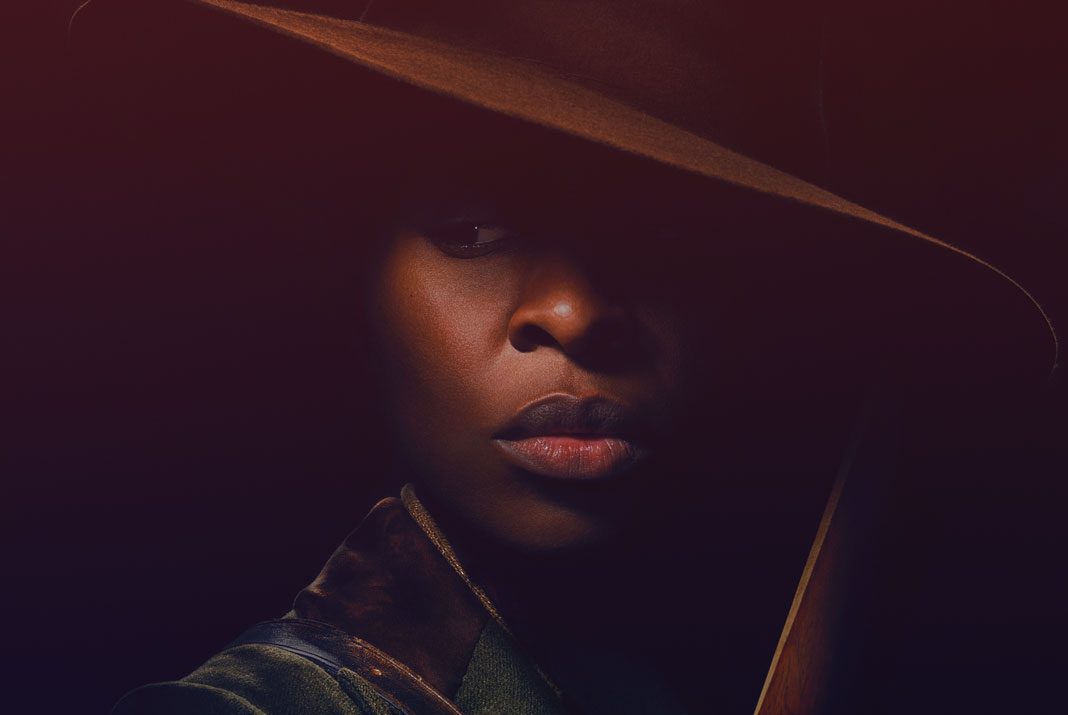 In just her third feature film, Cynthia Erivo has quickly proven herself to be a chameleonic performer of remarkable breadth and depth.

How is she as Bad Times at the El Royale’s just-naieve-enough would-be Sixties pop singer? She owns the movie.

As Widows’ overworked and underestimated single parent? Another eye-catching performance among another stunning ensemble.

American history’s second most important figure in the abolition of slavery, runner up only to Lincoln himself?

Harriet Tubman is a big role to shoulder. The routine problem with breathing cinematic life into a figure we know only from history class is in overcoming an audience’s preconceived notions about the person. As is the case with most African American – let alone female African American -figures, this is not really a problem. Tubman is so underrepresented in our historical epics that, unlike Lincoln, she doesn’t trigger an automatic image in the audience’s mind.

So while Erivo needn’t be concerned with imitation, the more daunting challenge is to find a recognizable human inside the truly superhuman accomplishments Tubman managed during her 91 years on this earth.

Here’s where Erivo gets the most support from director Kasi Lemmons (Eve’s Bayou), whose historical biopic is heavy-handed enough in its hero worship to celebrate Tubman’s genuine, unparalleled heroism.

Harriet is also quiet enough in spots, Lemmons never making the common, gruesome slavery-saga misstep of ogling a whip-scarred back or a rape. Her restrained approach to the unimaginable horror of slavery manages never to wallow or to disregard the suffering, but focuses more clearly on the urgency and agency to end it.

Erivo repays Lemmons’s efforts, bringing to bear an otherworldly presence as the film’s enigmatic central figure. Her Harriet is not here to wallow, not here to reflect. She’s come for action.

Lemmons and co-writer Gregory Allen Howard (Ali) don’t quite fare as well elsewhere. Though they wisely narrow the story, beginning immediately before Harriet’s escape from a Maryland plantation and ending just after her astonishing Civil War battle, the film still feels a bit shallow in its telling.

Of the large ensemble around Erivo, Leslie Odom, Jr. makes the most of his limited time onscreen, animating Philadelphia abolitionist William Still with a kind of awestruck tenderness that matches the audience’s response to Tubman’s obstinance and fearlessness.

Does the film suffer from hero worship? Suffer feels like a very wrong word. What Harriet does is honor a woman whose acts of heroism are so superhuman they are truly difficult to believe.

Erivo will make you a believer.